I’ve been in a romance mood lately, so here’s a list of seven young adult romances with multicultural characters. Let us know in the comments what some of your favorite romances have been that are by or about people of color! 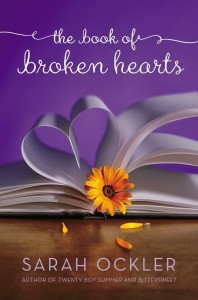 Jude may have taken an oath, but she’s beginning to think that when it comes to love, some promises might be worth breaking. 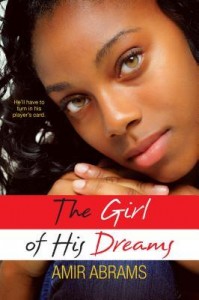 The rules are simple: Play or get played. And never, ever, catch feelings.

That’s the motto 17-year-old heartthrob Antonio Lopez lives by. Since his mother walked out, Antonio’s father has taught him everything he needs to know about women: they can’t be trusted, and a real man has more than one. So once Antonio gets what he wants from a girl, he moves on. But McPherson High’s hot new beauty is turning out to be Antonio’s first real challenge.

Miesha Wilson has a motto of her own: The thrill of the chase is not getting caught. Game knows game, and Miesha is so not interested. She’s dumped her share of playboys and she’s determined to stay clear of the likes of Antonio Lopez–until his crazy jealous ex aggravates her. But when she decides to play some games of her own, Miesha and Antonio find themselves wondering if love is real after all. 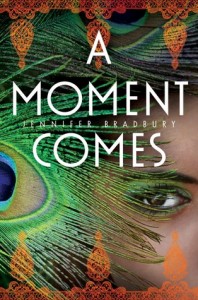 Before India was divided, three teens, each from wildly different backgrounds, cross paths. And then, in one moment, their futures become irrevocably intertwined.

Tariq. Anupreet. Margaret. As different as their Muslim, Sikh, and British names. But in one moment, their futures become entirely dependent on one another’s.

While the rest of India anxiously awaits the upcoming partition that will divide the country into two separate religious states, eighteen-year-old Tariq focuses on his own goal: to study at Oxford. But for a Muslim born and raised in India, there is no obvious path to England—until Tariq is offered a job translating for one of the British cartographers stationed in India, tasked with establishing the new borders.

Margaret, the cartographer’s daughter, has only just arrived in India. But already she has discovered it to be hot, loud, and dull. She can’t go anywhere alone for fear of the riots and violence. Eager for a distraction, she finds one in Tariq.

But it’s Anupreet, another member of the staff, who has truly captured Tariq’s eye. She’s strikingly beautiful—but she’s a Sikh, so not someone Tariq should even be caught looking at. And yet he’s compelled to…

Against the backdrop of the nearly forgotten history of the partition of India, Jennifer Bradbury, as if with strands of silk, weaves together the heart-pounding tale of three teenagers on wildly different paths, on the verge of changing each other’s lives forever.

If You Could Be Mine by Sara Farizan

In this stunning debut, a young Iranian American writer pulls back the curtain on one of the most hidden corners of a much-talked-about culture. 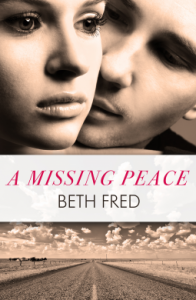 A Missing Peace by Beth Fred

Angry, seventeen-year-old Iraqi war refugee Mirriam Yohanna hates her new life in Killeen, Texas, where the main attraction is a military base, populated with spoiled army brats like Caleb Miller.

Caleb has much to be angry about too, including Mirriam who turns him down flat in front of everyone. Eager for retribution, Caleb agrees to a dare that will see him take Mirriam to the prom and regain his pride.

But their relationship soon moves beyond high school antics. Mirriam and Caleb are bound together by more than location, and as they are forced to work closely together on a school assignment, they start to uncover an explosive story that has the potential to ruin lives — and both of their futures. One single truth changes everything and strengthens their bond.

When Mirriam’s family discovers their relationship, they decide it’s time to arrange her marriage to a proper Iraqi man. Caleb must convince Mirriam that he is in it for forever — or risk losing her for good. 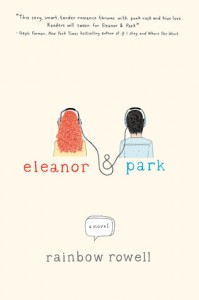 Eleanor and Park by Rainbow Rowell

Set over the course of one school year in 1986, ELEANOR AND PARK is the story of two star-crossed misfits – smart enough to know that first love almost never lasts, but brave and desperate enough to try. When Eleanor meets Park, you’ll remember your own first love – and just how hard it pulled you under. 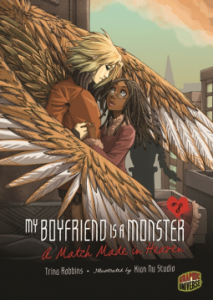 Aspiring comic book artist Morning Glory Conroy already has too much to juggle at her San Francisco high school–mean girls, inconsiderate cliques, wannabe gangbangers–without the complication of falling for new student Gabriel. Glory’s best friend, Julia, was interested in him first, and if it weren’t for Julia’s deteriorating home life, Glory wouldn’t have had a chance to get Gabriel to herself. But does he count as a real boyfriend if his overbearing guardian forbids even kissing? Soon Gabriel is pushing Glory to show her work at art events, and the new relationship starts taking Glory away from her bff just when Julia needs her. Glory is in for a startling revelation when she discovers not only Gabriel’s true identity, but also that of his mischievous cousin Luci, who trails their every move just to cause trouble. Can Glory and Gabriel keep their relationship aloft when the heavens themselves seem to be against it?