One night as I was reading a novel, a character description, one that I’ve seen in countless stories, struck me as odd. The character in question was described as having olive skin. I know the type of picture that is coming to your mind when I use the words “olive skin”. However, on that particular night, whether I had just had a martini or seen a picture of olives or something, but suddenly the words “olive skin” to describe characters of color just didn’t feel right.

Let’s look at Exhibit A: A picture of people with “olive skin”

Exhibit B: A picture of olives. 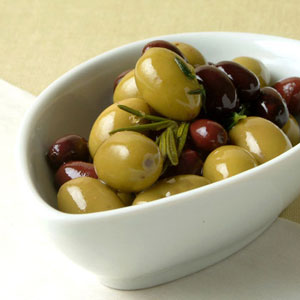 Exhibit C: Do these olives fit? 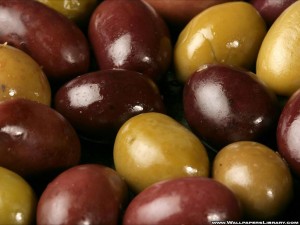 Do you see what I see? The images don’t exactly match. Now, I do know there are a variety of olives out there and maybe Exhibit C olives could work, but the question still remains, why and how did writers ever come up with using olive as a skin tone? As someone who falls into the olive skin tone category, I’m a bit insulted because my skin looks nothing like an olive. I don’t have greenish undertones to my skin, I have yellow. And really, human beings only have yellow or red undertones to their skin, but that is an entirely different essay on an entirely different type of blog.

While I’m focusing on the use of olive skin tones as my point, there is a larger question at work here. Why are characters of color often described using food metaphors? Think about it. We have chocolate, caramel, brown sugar, honey skin. Granted, I have seen white characters as creamy and milk, but there is a large reliance on authors to use food as a descriptor for characters of color. It’s not just non-POC writers who use food, but writers of color as well. We’ve internalized the use of food to describe each other in our communities so often, that it makes sense that we use the same descriptions in our writing. We’ve internalized these descriptions for so long, that we don’t recognize them as potentially harmful. Maybe it’s time for this to change.

There has been a call by a number of POC writers, specifically in the Science Fiction/Fantasy community, to end using food descriptions as metaphors. Many authors have written blog posts about how to write character of colors and get away from the stereotypical food descriptions. For me, at first I was unsure of how I felt on the topic, but when I was revising my novel I decided to not use food to describe any of my characters. It was a challenge for me, to change my way of thinking, but I am proud that I was able to write good character descriptions without having to use stereotypical metaphors. So, for any writers that read our blog, I challenge you. Try to write your characters without describing them as food (same for using almond eyes to note someone is Asian). Describe your characters differently. Maybe use a different metaphor; I read one that compared a character’s skin color to a brass doorknob. Or, as my mentor suggested, write skin tone in contrast to something different, like their clothing. It’s really up to you. The point is to extend your thinking and find unique and different ways to describe your characters.