So, going to an amazing writer’s conference and being inspired, then coming down with the stomach flu left me with lots of thinky thoughts. I had so much I wanted to say that it became nothing because I couldn’t form a coherent thought. Still working on that, actually, but I needed to sort some of the words rattling in my brain for you, dear readers, and this is what I came up with. 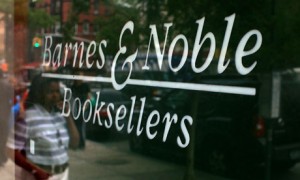 A part of me feels like it ends up being a bust because after visiting a few different stores, as well as talking to folks, and folks reporting in, it seems like each Barnes & Noble’s diversity numbers is different depending on the location. The one that sparked the post was not nearly as diverse as the one near my mom and the one near my house was in the middle of the two. One reader stated that the B&N in Manhattan was incredibly diverse, while the one near her home in Long Island was not. After hearing so many diverse (pun intended) responses, my angry balloon deflated a little because how could I really accuse a large book chain of discrimination when the product in each store differs so greatly. I live in a very diverse neighborhood, so I don’t understand why the store I went to was lacking, but I feel I need to take up my issue with the individual store, rather than the entire company. I feel like if the manager of the store I frequent knew of my concerns, he or she could work to making sure that particular store was as diverse as store in another city. I know Barnes & Noble could still work on being more diverse, but as someone suggested to me, we should also express our displeasure to the publishers as well. I intend to send a letter to the buyer at my local B&N expressing my desire to see more diverse books on the shelf, and I hope, if you find your B&N in need, you will do so as well. 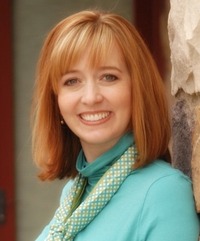 The internet has been buzzing lately with some great articles on the need for diverse texts, specifically in Children’s & Young Adult literature. On the eve of her book, Dangerous, release Shannon Hale wrote a post entitled “On Neutral Characters and Relating to the Specific.” The post was about Maisie, in her specific-ness, and how Hale was advised to make her more “neutral” so readers could relate better. Thankfully, Hale followed her instincts and continued to write the book her way and a lovely character of color is on the shelves. Her post sparked a good discussion and she later followed up with a post about the default male. 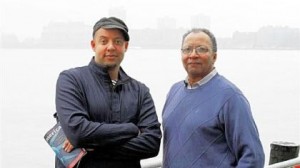 And then…over the weekend, father and son, Christopher and Walter Dean Myers, gave the New York Times a one-two punch with their OpEd pieces, “The Apartheid of Children’s Literature” and “Where are the People of Color in Children’s Books?” Both articles were quickly quoted and spread among Facebook, Twitter and Tumblr (I’m sure others, but that is the extent of my social media). Both authors do not hold back in their assessment of the dire situation of diversity and children’s/Young Adult literature. I found myself wanting to stand up and clap so many times. I feel all publishers need to read both these articles and then take a good look at their author list and really work to make significant, effective change. As a writer and a reader, by standing up and using my voice, I hope to be a part of a positive change in the publishing industry so that when my beautiful niece and nephew become teenagers, they will be represented in the literature they choose to read.

3. What about the children?
This article “You Can’t Do That! Stories have to be about White People!” has been on my mind lately. Published in December, it ever so often springs up in the continuing conversation of diversity and Children’s/YA literature. This particular blog article resonated with me because it took the issue from a teacher’s perspective and dealing with the issue of the types of characters students create during creative writing activities. I could commiserate with the author, especially when I scared a few students who, when I was giving them assignment about writing a hero’s story, one child asked, “Can we make our main character a girl?” and I was a little too enthusiastic with my “Yes”.  The fact that she asked that saddened me because it spoke to the idea that “girls can’t be heroes” because there is a lack of women represented in today’s hero-driven mass media. I’ve always been hyper aware of the ethnic make-up of the characters my students create, and luckily for my students, because I have them read books with diverse characters, they are able to see themselves reflected in the books they read therefore they are able to create diverse characters. This was ever so apparent in the superhero paper dolls my students made of their main characters. I posted all 145 on the walls outside my classroom and it was a lovely collage of the human rainbow. That rainbow is what the publishing industry should be reaching for – to have all the beauty of the world represented in our books.

Whew, that was a lot of thoughts and as I write, more keep rushing forward. I’ll stop here, but I encourage you to check out the articles and share your thoughts with me. Let’s have a conversation and brainstorm what we can do to bring about change.

One Reply to “A Little Bit of Everything”