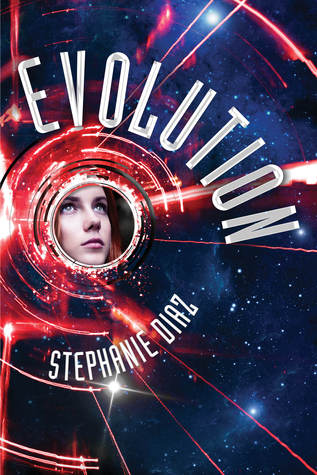 Summary: Clementine’s world is on the brink of destruction. An army of aliens from the distant planet Marden has arrived with a massive fleet of battleships, intent on finally putting an end to the war Kiel’s old rulers initiated. With the Alliance headquarters reduced to rubble and one of the rebel leaders close to death, Clementine and her friends have no choice but to retreat to the Core to escape the alien ships attacking the Surface.

Review: Evolution is a great conclusion to the Extraction series that neatly ties up the story. If you haven’t read the first two books in the series, Extraction and Rebellion, then you really should. Evolution definitely doesn’t function as a standalone book.

Its strengths are what made the first book in the series great — the science fiction twist to a dystopian story. The final book in the series follows through on this, giving Clementine the chance to unravel the mysteries behind the dystopian state of her world, and find out the history behind the Mardenite aliens. While Evolution sometimes loses focus with a huge cast of characters, the detailed futuristic world alone makes the book worth a read. Definitely check out the series if you love science fiction!

Recommendation: Borrow it someday, particularly if you’re a fan of the Extraction series! This is a satisfying conclusion to the series.