Ironically, just last week I had an exchange with a parent over the book her daughter chose to read for our first unit. She felt the book had some inappropriate situations and was concerned about a number of books on the list. She wanted to know who vetted the list (me) and then asked me to remove some books because SHE found them inappropriate for 8th graders. I told her no. I said that my students are at different maturity levels and I would not take away their options.  She asked again and my response was the same. After she walked away, I chuckled to myself because I can only imagine her reaction to some of the books we will read this school year. In light of that little chuckle, here are just some of the banned books that I have taught or am currently teaching. 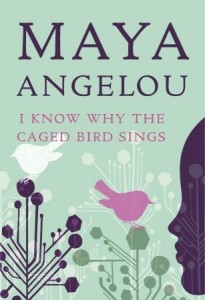 I Know Why the Caged Bird Sings, Maya Angelou

Sent by their mother to live with their devout, self-sufficient grandmother in a small Southern town, Maya and her brother, Bailey, endure the ache of abandonment and the prejudice of the local “powhitetrash.” At eight years old and back at her mother’s side in St. Louis, Maya is attacked by a man many times her age—and has to live with the consequences for a lifetime. Years later, in San Francisco, Maya learns that love for herself, the kindness of others, her own strong spirit, and the ideas of great authors (“I met and fell in love with William Shakespeare”) will allow her to be free instead of imprisoned. 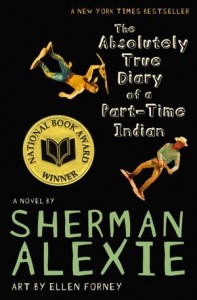 The Absolutely True Diary of a Part-Time Indian, Sherman Alexie 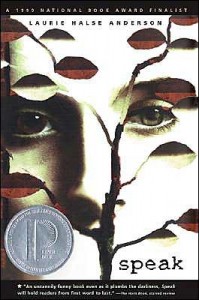 Melinda Sordino busted an end-of-summer party by calling the cops. Now her old friends won’t talk to her, and people she doesn’t even know hate her from a distance. The safest place to be is alone, inside her own head. But even that’s not safe. Because there’s something she’s trying not to think about, something about the night of the party that, if she let it in, would blow her carefully constructed disguise to smithereens. And then she would have to speak the truth. 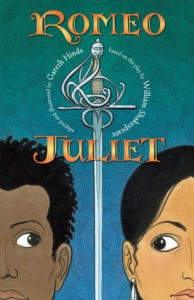 She’s a Capulet. He’s a Montague. But when Romeo and Juliet first meet, they don’t know they’re from rival families — and when they find out, they don’t care. Their love is honest and raw and all-consuming. But it’s also dangerous. How much will they have to sacrifice before they can be together?