In my last review of Renee Ahdieh’s “The Rose & The Daggar”, I wished that I could spend more time in the world that she created. Well, shortly after that post I learned that Ahdieh had written a few novellas/short stories from the world she had created. This, of course, made me extremely happy but also reminded me that some authors of series we love will publish novellas and/or short stories in between books to help with the reader’s burning desire to learn what will happen next in the series. Some of the novellas can be a prequel to the series, or some give stories from the points of view of different characters in the novel. Either way, the novellas/short stories give us fans more time with our favorite characters in the worlds we love. Check out below some of the novellas/short stories that have enriched many of our favorite series. 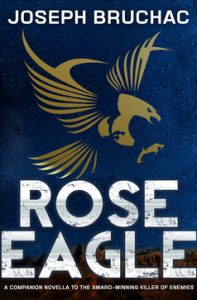 A prequel e-novella to the award-winning Killer of Enemies. 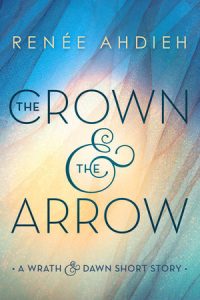 The Crown & The Arrow (The Wrath & The Dawn Series #.5) by Renee Ahdieh

Seventy-one days and seventy-one nights had come and gone since Khalid began killing his brides. This dawn, Khalid would mark the loss of the seventy-second girl, Shahrzad al-Khayzuran. Khalid didn’t know how many more of these dawns he could take. And there was something about this latest girl that piqued his interest. Not only had she volunteered to marry him, but at their wedding ceremony, she had seemed not the least bit afraid. In fact, what he had seen in her eyes was nothing short of pure hatred. She was about to lose her life. Why wasn’t she afraid? Why did she hate him so? He had never before gone to his wife’s chambers before her death at dawn. Tonight would be different. 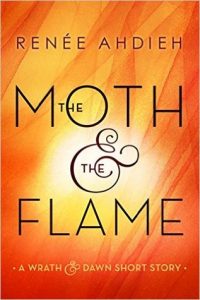 It started as playful, if barbed, banter before rising to a fateful wager with a most notorious rake—the Captain of the Guard, Jalal al-Khoury—who may have finally met his match in a lovely, if haughty, handmaiden, Despina. But she, too, seems to have met her match in the handsome Jalal. What begins as a tempestuous battle of will and wit in short order becomes a passionate affair spurred on by tragedy of the worst kind. 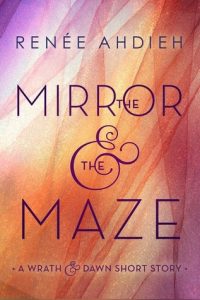 The city of Rey is burning. With smoke billowing, fires blazing and his people fleeing, Khalid races back to defend his city, and protect his queen. But Khalid is too late to do either. He and his men arrive to find the city in ruins, nothing but a maze of destruction, and Shahrzad is gone. But who could have wrought such devastation? Khalid fears he may already know the answer, the price of choosing love over the people of Rey all too evident. 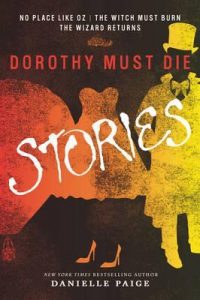 Long before Amy Gumm got swept away from a Kansas trailer park…Dorothy Gale received a package on the night of her 16th birthday: a pair of red high-heeled shoes. Dear Dorothy, the note read. I thought about silver to match the ones you lost, but in the end I decided that red was more your color. I think you know what to do with them.

And with a knock of her heels, Dorothy returned to the magical land that made her a star—and Oz would never be the same again.

This bind-up of three prequel novellas to the New York Times bestselling Dorothy Must Die series follows Dorothy Gale as she transforms from good girl to Wicked Witch. Kiss the land where troubles melt like lemon drops goodbye. Here there’s danger around every corner, and magical shoes won’t be able to save you. 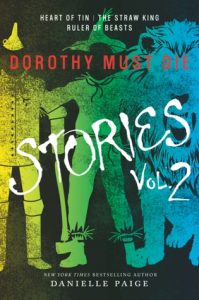 Before the Tin Man, the Cowardly Lion, and the Scarecrow became Dorothy’s henchmen in Dorothy Must Die…

The Wizard was gone, Dorothy had returned home to Kansas, and Oz was left a changed place. Glinda the Good Witch set the three friends on their new paths: the Scarecrow would now rule the Emerald City with his new brain, the Tin Woodman and his heart would travel to the land of the Winkies to become their leader, and the Lion would put his courage to good use as the King of Beasts.But in a place like Oz, where magic and temptation lurk around every corner, the gifts from the Wizard begin to take on a life of their own…This bind-up of three prequel novellas to the New York Times Bestselling Dorothy Must Die series follows the Tin Woodman, the Scarecrow, and the Lion as they evolve from Dorothy’s beloved friends into something almost Wicked.

One Reply to “Novellas Keep the Magic Alive”