Over on our tumblr, we’ve been re-posting some of our older posts and one of mine, titled “Covers I Love” focused on beautiful book covers with characters of color. Since then, a number of books have out and I thought it would be fun to make a new list of beautiful covers! 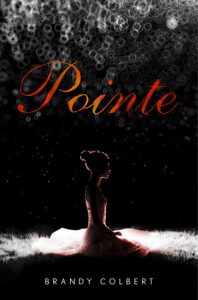 1. Pointe by Brandy Colette
One of the things I love about this cover is the colors. The sunset orange of the title mixed with the soft red of the lights throwing the heroine in shadow against the black is just moving. It creates an old world glamour feel with the white smoke at both the top and the bottom. It’s such a quiet cover that masks extremely well the intense story inside. 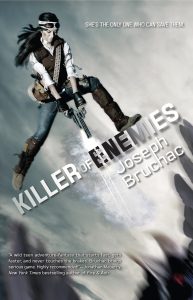 2. Killer of Enemies by Joseph Bruchac
I love this action shot here of the heroine of Bruchac’s dystopian novel. I feel like it captures the essence of the character well and I love that we have a Native American/Indian on the cover. I love the grey feel to the cover as the world that Lozen inhabits does feel like it’s lost all it’s luster and is very drab, while Lozen stands out as a bright spot, just as she does on the cover. 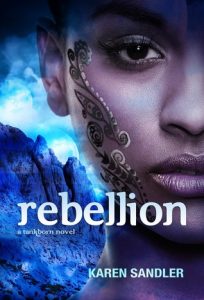 3. Rebellion by Karen Sandler
Is it any surprise that Tu Books has two books on my list? They clearly know how to do great covers and Oh My Goodness is this one a beauty. I fell in love with it the minute I saw it. I love the blues that give a sense of the cold world that Kayla finds herself in. I also think the model they chose is beautiful and the design of Kayla’s tattoo is beautiful which is a direct contrast of what it really stands for. 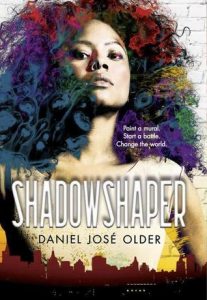 4. Shadowshaper by Daniel Jose Older
One of the many aspects of this cover that I love is Sierra’s hair. It is a gorgeous natural afro that is enhanced by all the colors of the world. Sierra is an artist, so the use of paint colors swirling around her head, and with her “don’t mess with me” face makes this the perfect representative of Sierra’s personality. And that is why this cover received so much love (and the novel too!) 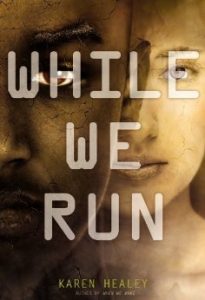 5. While We Run by Karen Healey
Just look at the intensity on these two character’s faces. What I love most about this cover is the juxtaposition of the skin tones of the two characters. It highlights the differences between the two, which is also at the crux of their relationship in the novel. If you look closely, the skin on both is cracked, like dried mud, and that further adds to the mood of the novel of these two characters trying make sense of trauma that has forever changed them and their quest to obtain ownership of their own lives. 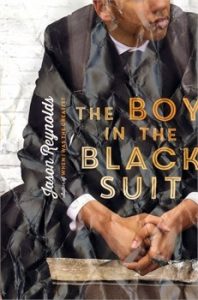 6. Boy in the Black Suit by Jason Reynolds
I’m not exactly too sure what it is about this cover, it’s such a simple & straightforward cover, but it really moves me overtime I look at it. If I had to guess, I think it’s because it captures the essence of Matt perfectly. This is a young man who is thoughtful, as we can see by the turn of the model’s head and the way the hands are clasped together.  The cover also has a wrinkled quality to it which gives a sense of discomfort, which again, is a representative of the themes in this novel. Matt wears a fancy black suit everyday but is life is in shambles. 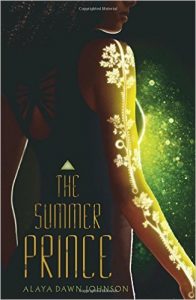 7. The Summer Prince by Alaya Dawn Johnson
One night, I had this book sitting underneath a lamp and I noticed that it practically glows. I don’t know what materials the cover designer used, but seriously, this cover is absolutely gorgeous. The gold of the tattoos on June’s arm, in contrast with the green just gives this ethereal, out of world experience, which is exactly what this book is. As one reads, the green does have meaning which makes this cover even more fantastical. 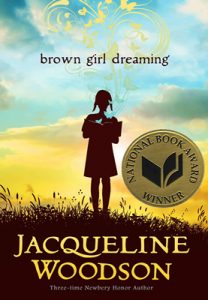 8. Brown Girl Dreaming by Jacqueline Woodson
Lastly, I had to include this cover because it is one of my favorite covers ever. I absolutely love the contrasts of blue against brown and this cover that gives us a gorgeous earth mixed with a gorgeous sky and a lone girl between them dreaming, her thoughts in the sky while feet are planted on earth, is everything. The sunlight behind the girl, just illuminating her slightly, adds to the focus on the dreams this young girl has.