Usually each year I keep a list of all the books I read, but this year I got lazy therefore had to really think about which books I absolutely loved this year. Basically the deciding factor came down to books I want everyone to read, but wouldn’t let anyone borrow my copy (yeah, I’m that selfish, lol).

The Sun is Also a Star by Nicola Yoon (My Review) 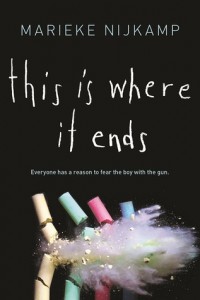 This is Where It Ends by Marieke Nijkamp (My Review)

10:00 a.m. The principal of Opportunity High School finishes her speech, welcoming the entire student body to a new semester and encouraging them to excel and achieve.

10:02 a.m. The students get up to leave the auditorium for their next class.

Told from four different perspectives over the span of fifty-four harrowing minutes, terror reigns as one student’s calculated revenge turns into the ultimate game of survival. 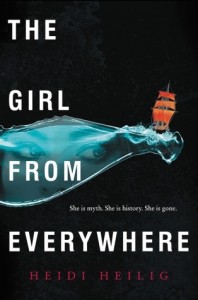 The Girl From Everywhere by Heidi Heilig (Jessica’s Review)

Nix has spent her entire life aboard her father’s ship, sailing across the centuries, across the world, across myth and imagination.

As long as her father has a map for it, he can sail to any time, any place, real or imagined: nineteenth-century China, the land from One Thousand and One Nights, a mythic version of Africa. Along the way they have found crewmates and friends, and even a disarming thief who could come to mean much more to Nix.

But the end to it all looms closer every day.

Her father is obsessed with obtaining the one map, 1868 Honolulu, that could take him back to his lost love, Nix’s mother. Even though getting it—and going there—could erase Nix’s very existence.

For the first time, Nix is entering unknown waters.

She could find herself, find her family, find her own fantastical ability, her own epic love.

Or she could disappear. 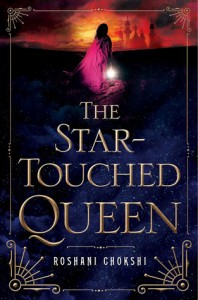 Fate and fortune. Power and passion. What does it take to be the queen of a kingdom when you’re only seventeen? 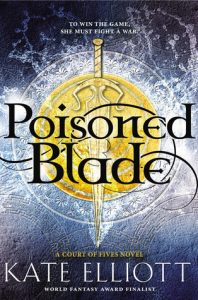 The Fives Court is treacherous.
The world outside is far worse.
Jessamy is moving up the ranks of the Fives–the complex athletic contest favored by the lowliest Commoners and the loftiest Patrons in her embattled kingdom. Pitted against far more formidable adversaries, success is Jes’s only option, as her prize money is essential to keeping her hidden family alive. She leaps at the change to tour the countryside and face more competitors, but then a fatal attack on her traveling party puts Jes at the center of the war that Lord Kalliarkos–the prince she still loves–is fighting against their country’s enemies. With a sinister overlord watching her every move and Kal’s life on the line, Jes must now become more than a Fives champion….She must become a warrior. 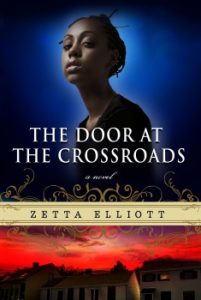 One summer night, Genna Colon makes a fateful wish that sends her and her boyfriend Judah spiraling

through time. They land hours apart in the city of Brooklyn—and in the middle of the Civil War. Genna is taken to the free Black community of Weeksville, but Judah suffers a harsher fate and is sent to the South as a slave. Judah miraculously makes his way back to Genna, but the New York City Draft Riots tear them apart once more. When Genna unexpectedly returns to her life in contemporary Brooklyn, she vows to fulfill the mandate of sankofa: “go back and fetch it.” But how will she summon the power she needs to open the door that leads back to Judah?

The Door at the Crossroads is the long-awaited sequel to A Wish After Midnight by award-winning author Zetta Elliott.