It’s Banned Books week and to celebrate I thought I’d talk about a subject that many books are banned for – sex! Yes, that three letter word that often throws many adults in a tizzy when they think about children and teenagers being exposed to the natural thoughts and feelings that we all have. There is this thought, especially in America, that if we don’t talk about sex, read about sex, teach about sex, that teenagers will not engage in sex. Unfortunately, this silly myth persists despite evidence of the contrary. And authors have consistently bucked up against this belief and included sex into their novels.

In the past YA novels have been very careful with their depictions of sex, usually alluding to it with a lovely romantic “fade out”. However, I’ve noticed a difference in the past few years as more and more novels are being more umm, specific, in the descriptions of sex. In addition to including these moments, characters have also had discussions about their feelings, whether positive or negative, towards sex and their sexual identity. I’ve also noticed an increase in a discussions of consent regarding sex as the couple in question has a healthy chat prior and often the subject of protection is addressed as well.

It has been refreshing to see this change come about in the YA world as teens are much more sophisticated since they have access to so much information. The experiences and discussions YA characters face mirror many of the feelings teenagers have. Reading about a character who shares the same thoughts, has the same confused feelings towards sex can help many teens understand that sex, and all of its complex messiness, is perfectly natural and a healthy part of becoming an adult. It can also help teens understand the concept of consent, the importance of using protection, as well as help our LGBTQ teens see themselves on the page (see LGBTQ Teens Speak Out where some of my students speak out on the need for more representation). This movement in the YA world to be more open and honest about sex is encouraging to me, not only as a writer, but as a teacher who works with an age group who is starting to question the world around them. And so, I thought I’d finish off this post with two books I loved that handled sex and sexual identity in a beautiful way. 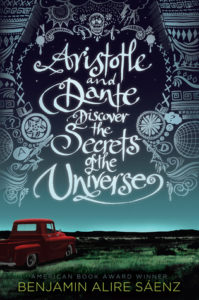 What books have you read recently that you think got sex right?