We have three books on our radar for this week, and they all look like they could be a lot of fun. Are any of them make it to your TBR pile? 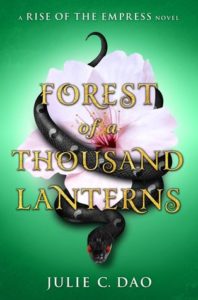 Forest of a Thousand Lanterns (Rise of the Empress #1) by Julie C. Dao
Philomel Books 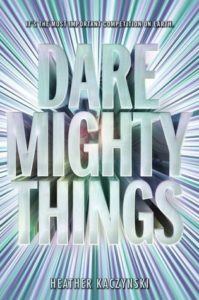 THE RULES ARE SIMPLE: You must be gifted. You must be younger than twenty-five. You must be willing to accept the dangers that you will face if you win.

Seventeen-year-old Cassandra Gupta’s entire life has been leading up to this—the opportunity to travel to space. But to secure a spot on this classified mission, she must first compete against the best and brightest people on the planet. People who are as determined as she to win a place on a journey to the farthest reaches of the universe.

Cassie is ready for the toll that the competition will take; the rigorous mental and physical tests designed to push her to the brink of her endurance. But nothing could have prepared her for the bonds she would form with the very people she hopes to beat. Or that with each passing day it would be more and more difficult to ignore the feeling that the true objective of the mission is being kept from her.

As the days until the launch tick down and the stakes rise higher than ever before, only one thing is clear to Cassie: she’ll never back down . . . even if it costs her everything. 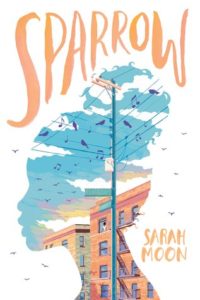 Sparrow has always had a difficult time making friends. She would always rather have stayed home on the weekends with her mother, an affluent IT Executive at a Brooklyn bank, reading, or watching the birds, than playing with other kids. And that’s made school a lonely experience for her. It’s made LIFE a lonely experience.

But when the one teacher who really understood her — Mrs. Wexler, the school librarian, a woman who let her eat her lunch in the library office rather than hide in a bathroom stall, a woman who shared her passion for novels and knew just the ones she’d love — is killed in a freak car accident, Sparrow’s world unravels and she’s found on the roof of her school in an apparent suicide attempt.

With the help of an insightful therapist, Sparrow finally reveals the truth of her inner life. And it’s here that she discovers an outlet in Rock & Roll music…