We are so excited to host the cover reveal of HOME AND AWAY by debut author Candice Montgomery. To top it off, we’ve also got an excerpt of the book, an interview with Candice, and a chance for three U.S. residents to win a galley of the book. Are you ready for it?

Tasia Quirk is young, Black, and fabulous. She’s a senior, she’s got great friends, and a supportive and wealthy family. She even plays football as the only girl on her private high school’s team. But when she catches her mamma trying to stuff a mysterious box in the closet, her identity is suddenly called into question. The box is filled with mementos from Tasia’s life, including a birth certificate with a blank paternity line and a photo of her mom in the arms of some white dude… who looks kinda like her. Turns out, the man she always thought was her father isn’t. Her brother is really her half-brother. And she’s actually bi-racial. Tasia’s determined to unravel the lies that have overtaken her life. Which means priority #1 is tracking down her bio dad. Along the way, Tasia discovers that forgiveness is more than an eleven-letter word, and there’s a fee for answers. The artsy bisexual boy living with her new grandparents wants to help her find them—if she can stop fighting who she is, beyond the color of her skin. 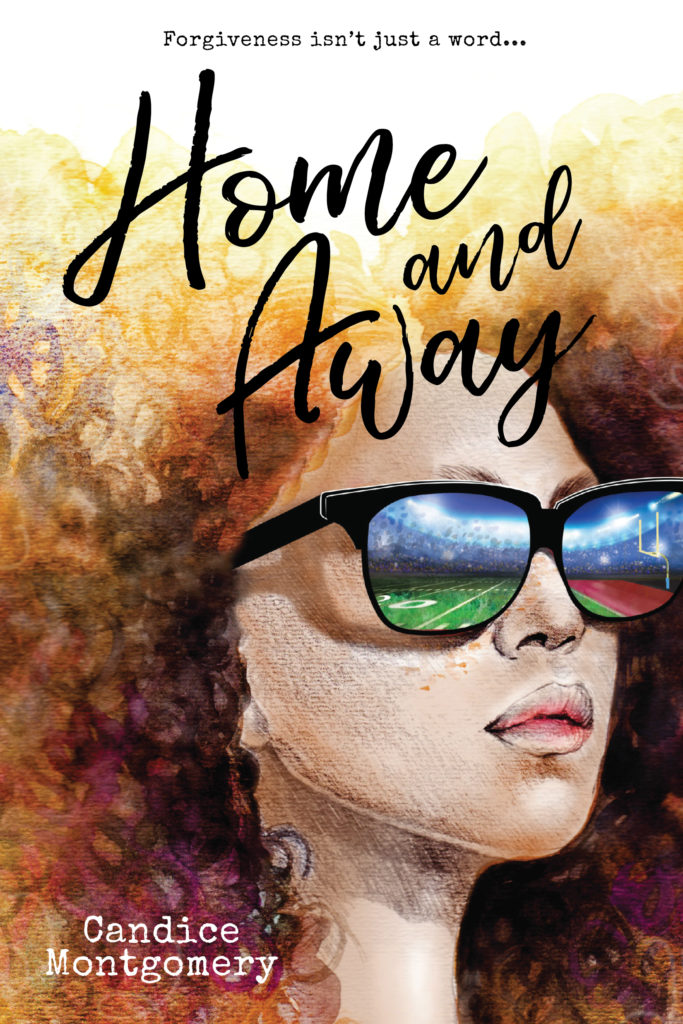 I absolutely love the cover! Tasia looks so confident, and the football field in her sunglasses is a great touch. If you want a sneak peek into Tasia’s world, you can read an excerpt of the book here, plus we have an interview with Candice about Tasia, identity, and #DVpit.

Sports were a huge part of my life in high school, so I’m thrilled to see that Tasia’s on the football team. Tell us more about her and her love of football.

I love hearing about young girls and femmes being into sports. There are literally so many of us out there but a lot of the time we don’t feel like there’s space for us in that sphere. And there pretty much isn’t ever. So I really wanted it to come across that the boys on Tasia’s team don’t make space for her—she snatched space and took it for herself. Which is pretty much what happens when football is in your blood. Tasia’s love of the game comes from her family. It’s rooted pretty deep in her childhood memories of being surrounded by extended family and just enjoy the excitement that comes with yelling at the big screen as Drew Brees is sacked yet again. Football is community for her. It’s family. It’s blood.

What drew you to this story about family secrets and identity?

Identity has been so central to who I am and have become in the last six years or so. I’m constantly tinkering with mine, and what’s cool about it is that’s totally OK! So a discourse around identity was always the goal. Family secrets were the catalyst—but mostly because I LOVE reading them. Some of my all-time favorite reads (Anna-Marie McLemore’s WHEN THE MOON WAS OURS, Jandy Nelson’s I’LL GIVE YOU THE SUN) have mastered the art of family secrets. So I took a thing that needed to be talked about and paired it with a thing that I enjoy talking about. It’s not a perfect formula, but it worked here.

Who is the boy living with her new grandparents? What can you tell us about him?

You signed with your agent, Jennifer Laughran, after participating in #DVpit. What was the experience like for you?

#DVpit was such a waffler for me. And by that I mean, I went back and forth with indecision for weeks about whether or not I should pitch. This was a completely new project I’d written. Different from all the other things I had in my pocket. And so much closer to my heart. But I had friends (Dahlia Adler and Tehlor Kay Mejia) who backed me up and almost literally shoved me toward what was ultimately a really dope experience. The results—signing with Jenn for #TeamCamifer—were just a bonus. DVpit gave me connections, it gave me new friends to commiserate and grow with, it gave me knowledge and a deeper appreciation for books, writing and the way we do—or don’t, for some—approach them with regard to diversity.

What 2018 books by or about people of color or people from First/Native Nations are you looking forward to reading? Which ones would you recommend to our followers?

Holy hooker, there are soooo many amazing things coming in 2018. At the top of my TBR is the ever poetic Anna-Marie McLemore’s BLANCA Y ROJA; Lily Anderson’s UNDEAD GIRL GANG is coming out so, so soon. And I can say with complete confidence (because I’ve read it, HA!) that it is AMAZING; Elizabeth Acevedo’s THE POET X is one I would definitely sell at least one kidney for. I could keep going, but I—unlike so many of my bookish friends—have consideration for readers’ wallets.

Is there anything else you’d like to tell us about HOME AND AWAY?

Oh, so much! But probably the most central is that I really want readers to feel like the friendship between Tasia and each of her girls is different, individualized. Particularly the friendship between Tasia and Victory. They’re two Black girls who, for better or worse, know their lives are going to be intertwined for a good long while. I want Black girls and femmes to be able to read those scenes between them and see their own friendships staring back at them. To feel the solidarity and the support and the astonishment that’s inherent. That’s really all I want.

We are lucky to host a giveaway for three HOME AND AWAY galleys! The giveaway is only open to those with U.S. mailing addresses, and it ends on February 28th at midnight (Eastern). Good luck! 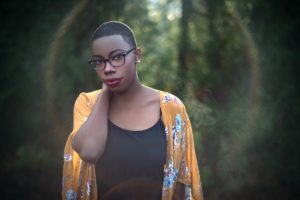 Candice Montgomery is an LA transplant now residing in Seattle. By night, she writes YA lit about Black teens across all their intersections. By day, she teaches dance and works in the land of early childhood Deaf education. It is the goal of her stories to integrate the spaces of race, love, the body, gender and sexuality, all while being a witness to life.

10 Replies to “Cover Reveal, Interview, Giveaway + More for HOME AND AWAY by Candice Montgomery”