Days after Halloween, a group of teachers in Idaho became viral for an ugly costume that they found to be funny. I was so upset by this because clearly these teachers did not have the needs of the child in mind. And I thought to myself, they need to read more diverse books! Then my next thought was if they’re not giving their students diverse children’s, middle grade, or YA books, then they probably aren’t reading diverse adult books either. I know that we have a number of teachers, librarians, parents, and other adults that read this blog, and while our focus is on YA, sometimes us adults need a good adult book as well. I know I need it from time to time, so I often try to mix in a number of adult books with all of my YA reading. I am a diverse reader in terms of genre, so I created a small (very small) list of adult books that I love and that I hope you will too. 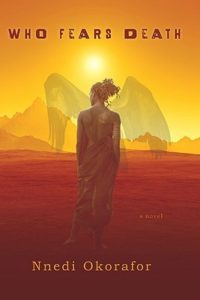 Who Fears Death by Nnedi Okorafor

In a far future, post-nuclear-holocaust Africa, genocide plagues one region. The aggressors, the Nuru, have decided to follow the Great Book and exterminate the Okeke. But when the only surviving member of a slain Okeke village is brutally raped, she manages to escape, wandering farther into the desert. She gives birth to a baby girl with hair and skin the color of sand and instinctively knows that her daughter is different. She names her daughter Onyesonwu, which means “Who Fears Death?” in an ancient African tongue.

Reared under the tutelage of a mysterious and traditional shaman, Onyesonwu discovers her magical destiny – to end the genocide of her people. The journey to fulfill her destiny will force her to grapple with nature, tradition, history, true love, the spiritual mysteries of her culture – and eventually death itself.

I first read Zahrah the Windseeker and loved it, so I was excited to read an adult science fiction novel by Nnedi Okorafor. I have to say “Who Fears Death” is one of my favorite books of all time. Onyesonwu is one amazing character and the story is a beautiful, epic saga. If you love science fiction, read this (and many others) of Ms. Okorafor’s adult books. 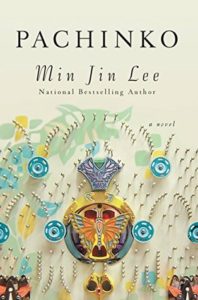 In a small fishing village on the banks of the East Sea, a club-footed, cleft-lipped man marries a fifteen-year-old girl. The couple have one child, their beloved daughter Sunja. When Sunja falls pregnant by a married yakuza, the family face ruin. But then Isak, a Christian minister, offers her a chance of salvation: a new life in Japan as his wife.

Following a man she barely knows to a hostile country in which she has no friends, no home, and whose language she cannot speak, Sunja’s salvation is just the beginning of her story.

Through eight decades and four generations, Pachinko is an epic tale of family, identity, love, death and survival.

I was browsing the book store one day and came across this beautiful cover. I love chunky, meaty books and this generational family saga happened to be just what I was looking for. I fell in love with the characters, the setting, the history, the storytelling, everything about this book was just beautiful. It definitely deserved to be a National Book Award Finalist. 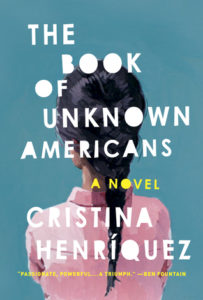 Another purchase that I found by the beautiful book cover that ended up being a book that was a slow burn. This story is a very quiet, character study fictional novel that at the same times tells a touching story of budding love. The novel expands into the lives of the other immigrants in the building, but it doesn’t take away from the main plot – it actually enriches it. This is a beautiful story of immigrants that everyone should read. 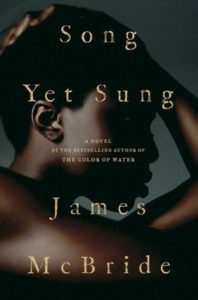 Song Yet Sung by James McBride

In the days before the Civil War, a runaway slave named Liz Spocott breaks free from her captors and escapes into the labyrinthine swamps of Maryland’s eastern shore, setting loose a drama of violence and hope among slave catchers, plantation owners, watermen, runaway slaves, and free blacks. Liz is near death, wracked by disturbing visions of the future, and armed with “the Code,” a fiercely guarded cryptic means of communication for slaves on the run. Liz’s flight and her dreams of tomorrow will thrust all those near her toward a mysterious, redemptive fate.

Filled with rich, true details—much of the story is drawn from historical events—and told in McBride’s signature lyrical style, Song Yet Sung is a story of tragic triumph, violent decisions, and unexpected kindness.

Ever have a book that just makes you pause and sit with the emotions it brings up in you? That’s what happened to me many times while reading this novel. There were so many profound and deeply moving moments that I just put the book down and let myself be awash in the feelings McBride evoked. Some of those emotions was feeling a connection to my history, others were just flat out awed at the masterful writing & storytelling. I loved this novel so much that I ended up writing a paper on it during my Master’s program and telling everyone I know they need to read this book. If I were to ever teach an adult literature class, this book would be on my syllabus. 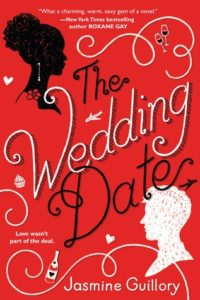 The Wedding Date by Jasmine Guillory

Agreeing to go to a wedding with a guy she gets stuck with in an elevator is something Alexa Monroe wouldn’t normally do. But there’s something about Drew Nichols that’s too hard to resist.

On the eve of his ex’s wedding festivities, Drew is minus a plus one. Until a power outage strands him with the perfect candidate for a fake girlfriend…

After Alexa and Drew have more fun than they ever thought possible, Drew has to fly back to Los Angeles and his job as a pediatric surgeon, and Alexa heads home to Berkeley, where she’s the mayor’s chief of staff. Too bad they can’t stop thinking about the other…

It had been a while since I had read an adult romance so reading this novel over the summer was a fun surprise. The main character, Alexa, is a plus sized heroine (yay!) and the chemistry between her and Drew was electric. I’d forgotten that some romances tend to be a little more “detailed” so I was not expecting it, but I rolled with it anyway because some of the love scenes were funny. The writing was witty and the story moved at a wonderful pace. It was a fun, light-hearted book just when I needed it and I loved it for the escape it gave me. 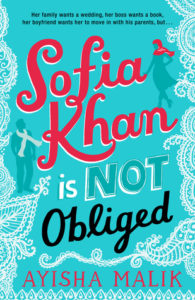 Sofia Khan is Not Obliged by Ayisha Malik

‘Brilliant idea! Excellent! Muslim dating? Well, I had no idea you were allowed to date.’ Then he leaned towards me and looked at me sympathetically. ‘Are your parents quite disappointed?’

Unlucky in love once again after her possible-marriage-partner-to-be proves a little too close to his parents, Sofia Khan is ready to renounce men for good. Or at least she was, until her boss persuades her to write a tell-all expose about the Muslim dating scene.

As her woes become her work, Sofia must lean on the support of her brilliant friends, baffled colleagues and baffling parents as she goes in search of stories for her book. In amongst the marriage-crazy relatives, racist tube passengers and decidedly odd online daters, could there be a a lingering possibility that she might just be falling in love . . . ?

Another random “bookstore browsing” find, but this time it was at London Heathrow airport. I believe the book is now available in the US, which I am so happy about because I absolutely fell in love with Sofia Khan. The way Malik wrote Sofia’s approach to dating in London, specifically Muslim dating, mixed in with her crazy family, had me laughing out loud at times. This is another romance novel, but it’s a slow burn between Sofia and the male protagonist that is sneaks up on you and you fall in love with them just as Sofia does. It’s a fun, loving and beautiful story that every person who has ever been single at any point in their life will relate to.

There you have it readers; six adult books that I’m crazy about. This is really only scratching at the surface of my list as I could go on and on for days about adult books that will make you laugh, cry, fall in love, and cheer. So, if you want more recs, please comment and I’ll share with you some more of my shelf. In addition, I’m heading to NCTE this week, so if you see me around say Hi!