Most often we focus on fiction, but there are some excellent non-fiction books being published for young adults. Here are a few I’ve read and enjoyed in the past few months. If there are any you think we should add to our TBR, please let us know in the comments. 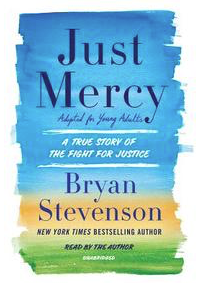 Just Mercy (Adapted for Young Adults): A True Story of the Fight for Justice by Bryan Stevenson
Delacorte Press

In this young adult adaptation of the acclaimed bestselling Just Mercy, Bryan Stevenson delves deep into the broken U.S. justice system, detailing from his personal experience his many challenges and efforts as a lawyer and social advocate, especially on behalf of America’s most rejected and marginalized people.

In this very personal work–proceeds of which will go to charity–Bryan Stevenson recounts many and varied stories of his work as a lawyer in the U.S. criminal justice system on behalf of those in society who have experienced some type of discrimination and/or have been wrongly accused of a crime and who deserve a powerful advocate and due justice under the law.

Through the Equal Justice Initiative (EJI), an organization Stevenson founded as a young lawyer and for which he currently serves as Executive Director, this important work continues. EJI strives to end mass incarceration and excessive punishment in the United States, working to protect basic human rights for the most vulnerable people in American society. 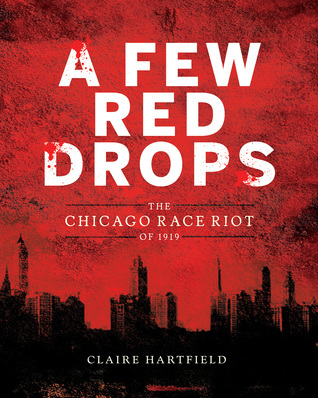 A Few Red Drops: The Chicago Race Riot of 1919 by Claire Hartfield
Clarion

On a hot day in July 1919, five black youths went swimming in Lake Michigan, unintentionally floating close to the “white” beach. An angry white man began throwing stones at the boys, striking and killing one. Racial conflict on the beach erupted into days of urban violence that shook the city of Chicago to its foundations. This mesmerizing narrative draws on contemporary accounts as it traces the roots of the explosion that had been building for decades in race relations, politics, business, and clashes of culture. 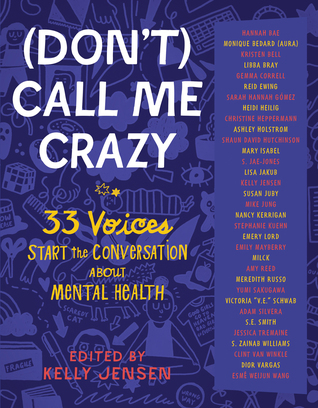 What does it mean to be crazy? Is using the word crazy offensive? What happens when such a label gets attached to your everyday experiences?

In order to understand mental health, we need to talk openly about it. Because there’s no single definition of crazy, there’s no single experience that embodies it, and the word itself means different things—wild? extreme? disturbed? passionate?—to different people.

(Don’t) Call Me Crazy is a conversation starter and guide to better understanding how our mental health affects us every day. Thirty-three writers, athletes, and artists offer essays, lists, comics, and illustrations that explore their personal experiences with mental illness, how we do and do not talk about mental health, help for better understanding how every person’s brain is wired differently, and what, exactly, might make someone crazy.

If you’ve ever struggled with your mental health, or know someone who has, come on in, turn the pages, and let’s get talking. 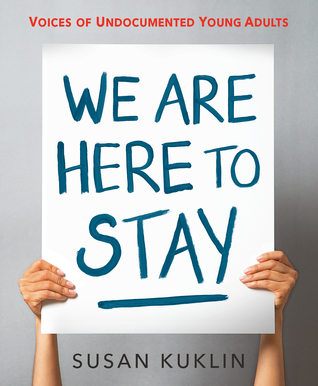 We Are Here to Stay by Susan Kuklin
Candlewick Press

Meet nine courageous young adults who have lived in the United States with a secret for much of their lives: they are not U.S. citizens. They came from Colombia, Mexico, Ghana, Independent Samoa, and Korea. They came seeking education, fleeing violence, and escaping poverty. All have heartbreaking and hopeful stories about leaving their homelands and starting a new life in America. And all are weary of living in the shadows. We Are Here to Stay is a very different book than it was intended to be when originally slated for a 2017 release, illustrated with Susan Kuklin’s gorgeous full-color portraits. Since the last presidential election and the repeal of DACA, it is no longer safe for these young adults to be identified in photographs or by name. Their photographs have been replaced with empty frames, and their names are represented by first initials. We are honored to publish these enlightening, honest, and brave accounts that encourage open, thoughtful conversation about the complexities of immigration — and the uncertain future of immigrants in America. 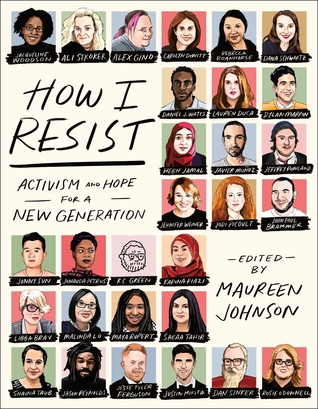 How I Resist: Activism and Hope for the Next Generation edited by Maureen Johnson
Wednesday Books

An all-star collection of essays about activism and hope, edited by bestselling YA author Maureen Johnson.

Now, more than ever, young people are motivated to make a difference in a world they’re bound to inherit. They’re ready to stand up and be heard – but with much to shout about, where they do they begin? What can I do? How can I help?

In How I Resist, readers will find hope and support through voices that are at turns personal, funny, irreverent, and instructive. Not just for a young adult audience, this incredibly impactful collection will appeal to readers of all ages who are feeling adrift and looking for guidance.

How I Resist is the kind of book people will be discussing for years to come and a staple on bookshelves for generations.