A whole bunch of book this week. A few sequels, a debut, and stories that will be sure to feed your literary soul. Which of these books will you be purchasing this week? 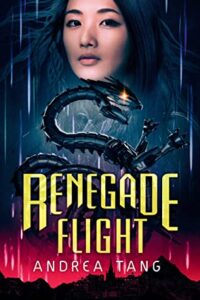 Set fifteen years after Prudence Wu took flight in Rebelwing, a new generation of scrappy young pilots challenge corruption, competition, and more dangerous mechs than ever, as they redefine what it means to be a revolutionary. 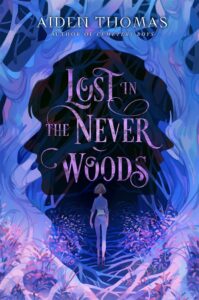 Lost in the Never Woods by Aiden Thomas
Swoon Reads

It’s been five years since Wendy and her two brothers went missing in the woods, but when the town’s children start to disappear, the questions surrounding her brothers’ mysterious circumstances are brought back into light. Attempting to flee her past, Wendy almost runs over an unconscious boy lying in the middle of the road, and gets pulled into the mystery haunting the town.

Peter, a boy she thought lived only in her stories, claims that if they don’t do something, the missing children will meet the same fate as her brothers. In order to find them and rescue the missing kids, Wendy must confront what’s waiting for her in the woods. 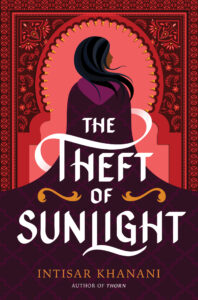 The Theft of Sunlight (Dauntless Path #2) by Intisar Khanani
HarperTeen

Children have been disappearing from across Menaiya for longer than Amraeya ni Ansarim can remember. When her friend’s sister is snatched, Rae knows she can’t look away any longer – even if that means seeking answers from the royal court, where her country upbringing and clubfoot will only invite ridicule.

Yet the court holds its share of surprises. There she discovers an ally in the foreign princess, who recruits her as an attendant. Armed with the princess’s support, Rae seeks answers in the dark city streets, finding unexpected help in a rough-around-the-edges street thief with secrets of his own. But treachery runs deep, and the more Rae uncovers, the more she endangers the kingdom itself. 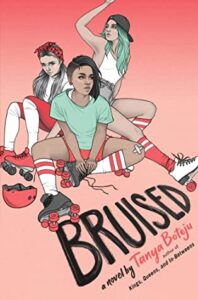 To Daya Wijesinghe, a bruise is a mixture of comfort and control. Since her parents died in an accident she survived, bruises have become a way to keep her pain on the surface of her skin so she doesn’t need to deal with the ache deep in her heart.

So when chance and circumstances bring her to a roller derby bout, Daya is hooked. Yes, the rules are confusing and the sport seems to require the kind of teamwork and human interaction Daya generally avoids. But the opportunities to bruise are countless, and Daya realizes that if she’s going to keep her emotional pain at bay, she’ll need all the opportunities she can get.

The deeper Daya immerses herself into the world of roller derby, though, the more she realizes it’s not the simple physical pain-fest she was hoping for. Her rough-and-tumble teammates and their fans push her limits in ways she never imagined, bringing Daya to big truths about love, loss, strength, and healing. 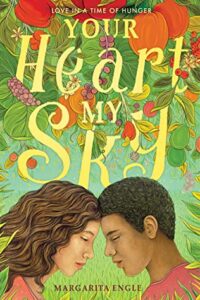 A chance encounter with an enigmatic dog brings Liana and Amado together. United in hope and hunger, they soon discover that their feelings for each other run deep. Love can feed their souls and hearts—but is it enough to withstand el periodo especial?