Its only March and this year has shaped up to be full of so many good books. I’m already behind in my reading. Which book on this list will you be running to purchase? 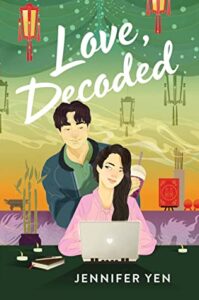 High school junior Gigi Wong strives to be the best: the top student, the perfect friend, and the ideal daughter. But it’s tough when there’s always someone who is just a little bit better. With college applications looming, she can’t help but worry that she won’t make the cut. Thankfully, her best friend Kyle never fails to find the right words–and the perfect bowl of ramen–to cheer her up.

After her teacher, Ms. Harris, announces she’ll be nominating students for an app writing contest, Gigi is determined to be picked. After all, first prize is an exclusive tech internship, sure to make her application stand out. There’s only one problem: she doesn’t have a winning program. It isn’t until transfer student Etta admits she’s struggling to fit in at Superbia that Gigi stumbles on an idea. She’ll use her coding skills–and the matchmaking experience she’s gotten from weekends with Auntie Rose–to create a friend matching app! Etta will meet new people, and Gigi will guarantee her acceptance into college. It’s foolproof.

What Gigi doesn’t expect is for her app to go viral around school. Soon, she finds herself at the center of a scandal—and at odds with both Etta and Kyle. Can Gigi fix what went wrong, or will her desire to be perfect cost her the people she cares about most? 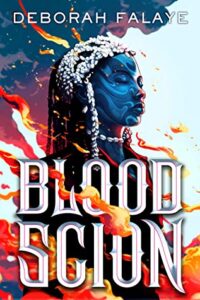 This is what they deserve. They wanted me to be a monster.
I will be the worst monster they ever created.

Fifteen-year-old Sloane can incinerate an enemy at will—she is a Scion, a descendant of the ancient Orisha gods.

Under the Lucis’ brutal rule, her identity means her death if her powers are discovered. But when she is forcibly conscripted into the Lucis army on her fifteenth birthday, Sloane sees a new opportunity: to overcome the bloody challenges of Lucis training, and destroy them from within.

Sloane rises through the ranks and gains strength but, in doing so, risks something greater: losing herself entirely, and becoming the very monster that she abhors. 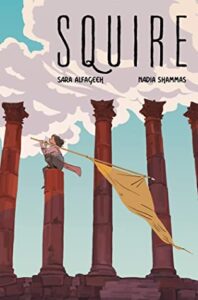 Aiza has always dreamt of becoming a Knight. It’s the highest military honor in the once-great Bayt-Sajji Empire, and as a member of the subjugated Ornu people, Knighthood is her only path to full citizenship. Ravaged by famine and mounting tensions, Bayt-Sajji finds itself on the brink of war once again, so Aiza can finally enlist in the competitive Squire training program.

It’s not how she imagined it, though. Aiza must navigate new friendships, rivalries, and rigorous training under the unyielding General Hende, all while hiding her Ornu background. As the pressure mounts, Aiza realizes that the “greater good” that Bayt-Sajji’s military promises might not include her, and that the recruits might be in greater danger than she ever imagined.

Aiza will have to choose, once and for all: loyalty to her heart and heritage, or loyalty to the Empire. 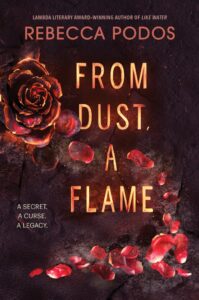 From Dust, a Flame by Rebecca Podos
Balzer + Bray

Hannah’s whole life has been spent in motion. Her mother has kept her and her brother, Gabe, on the road for as long as she can remember, leaving a trail of rental homes and faded relationships behind them. No roots, no family but one another, and no explanations.

All of that changes on Hannah’s seventeenth birthday when she wakes up transformed, a pair of golden eyes with knife-slit pupils blinking back at her from the mirror—the first of many such impossible mutations. Promising that she knows someone who can help, her mother leaves Hannah and Gabe behind to find a cure. But as the days turn to weeks and their mother doesn’t return, they realize it’s up to them to find the truth.

What they discover is a family they never knew, and a history more tragic and fantastical than Hannah could have dreamed—one that stretches back to her grandmother’s childhood in Prague under the Nazi occupation, and beyond, into the realm of Jewish mysticism and legend. As the past comes crashing into the present, Hannah must hurry to unearth their family’s secrets—and confront her own hidden legacy in order to break the curse and save the people she loves most, as well as herself. 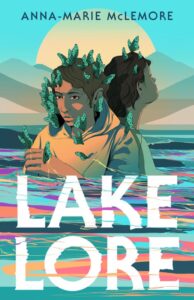 Everyone who lives near the lake knows the stories about the world underneath it, an ethereal landscape rumored to be half-air, half-water. But Bastián Silvano and Lore Garcia are the only ones who’ve been there. Bastián grew up both above the lake and in the otherworldly space beneath it. Lore’s only seen the world under the lake once, but that one encounter changed their life and their fate.

Then the lines between air and water begin to blur. The world under the lake drifts above the surface. If Bastián and Lore don’t want it bringing their secrets to the surface with it, they have to stop it, and to do that, they have to work together. There’s just one problem: Bastián and Lore haven’t spoken in seven years, and working together means trusting each other with the very things they’re trying to hide. 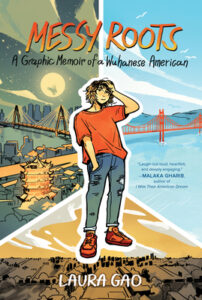 Messy Roots: A Graphic Memoir of a Wuhanese-American by Laura Gao
Balzer + Bray

After spending her early years in Wuhan, China, riding water buffalos and devouring stinky tofu, Laura immigrates to Texas, where her hometown is as foreign as Mars–at least until 2020, when COVID-19 makes Wuhan a household name.

In Messy Roots, Laura illustrates her coming-of-age as the girl who simply wants to make the basketball team, escape Chinese school, and figure out why girls make her heart flutter.

Insightful, original, and hilarious, toggling seamlessly between past and present, China and America, Gao’s debut is a tour de force of graphic storytelling.