Four new books to round out the month of June, just in time to take to the beach. 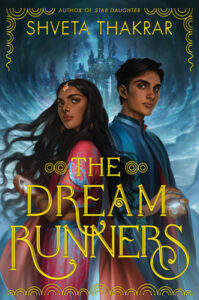 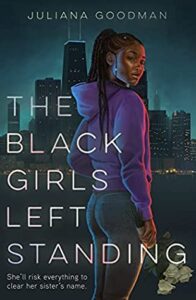 Sixteen-year-old Beau Willet has dreams of being an artist and one day leaving the Chicago projects she’s grown up in. But after her older sister, Katia, is killed by an off-duty police officer, Beau knows she has to clear her sister’s name by finding the only witness to the murder; Katia’s no-good boyfriend, Jordan, who has gone missing. If she doesn’t find him and tell the world what really happened, Katia’s death will be ignored, like the deaths of so many other Black women who are wrongfully killed.

With the help of her friend, Sonnet, Beau sets up a Twitter account to gather anonymous tips. But the more that Beau finds out about her sister’s death, the more danger she finds herself in. And with a new relationship developing with her childhood friend, Champion, and the struggle to keep her family together, Beau is soon in way over her head. How much is she willing to risk to clear her sister’s name and make sure she’s not forgotten? 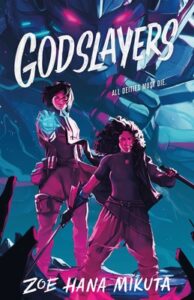 The only way to kill a god is from the inside…

The Gearbreakers struck a devastating blow against Godolia on Heavensday, but the cost of victory has been steep. Months later, the few rebels who’ve managed to escape the tyrannical empire’s bloody retribution have fled to the mountains, hunted by the last Zenith–Godolia’s only surviving leader.

Eris has been held prisoner since the attack on the capital city, which almost killed her. And she begins to wish it had when she discovers Sona–the girl she loves, the girl she would tear down cities for–also survived, only to be captured and Corrupted by the Zenith. The cybernetic brainwashing that Sona has forcibly undergone now has her believing herself a loyal soldier for Godolia, and Eris’ mortal enemy.

With the rebellion shattered and Godolia moving forward with an insidious plan to begin inducting Badlands children into a new Windup Pilot program, the odds have never been more stacked against the Gearbreakers. Their last hope for victory will depend on whether Eris and Sona can somehow find their way back to each other from opposite sides of a war… 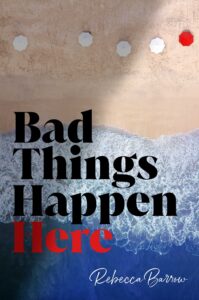 Luca Laine Thomas lives on a cursed island. To the outside world, Parris is an exclusive, idyllic escape accessible only to the one percent. There’s nothing idyllic about its history, though, scattered with the unsolved deaths of young women—deaths Parris society happily ignores to maintain its polished veneer. But Luca can’t ignore them. Not when the curse that took them killed her best friend, Polly, three years ago. Not when she feels the curse lingering nearby, ready to take her next.

When Luca comes home to police cars outside her house, she knows the curse has visited once again. Except this time, it came for Whitney, her sister. Luca decides to take the investigation of Whitney’s death into her own hands. But as a shocking betrayal rocks Luca’s world, the identity Whitney’s killer isn’t the only truth Luca seeks. And by the time she finds what she’s looking for, Luca will come face to face with the curse she’s been running from her whole life.