All of Us With Wings 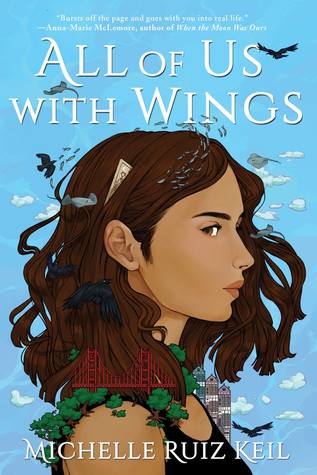 All of Us With Wings, Michelle Ruiz Keil’s mythology-inspired #OwnVoices debut is a post-punk San Francisco fairy tale about a seventeen-year-old Latinx governess, her tween genius change, the girl’s rock star family, and a pair of ancient children bound to right the wrongs of her stolen childhood.

When her new life and past traumas collide, Xochi must come to terms with her complicated feelings for Pallas’s father, save the mother who abandoned her and find a way to send the Waterbabies home before the San Francisco fog extinguishes their fierce magic. — Cover image and summary via Goodreads