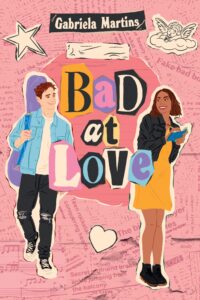 Ever since Daniel moved to L.A. from Brazil to join the band Mischief & Mayhem, he’s become the tabloids’ bad boy. Paparazzi follow him and girls swoon over him . . . except for Sasha, who hates bad boys. When a chance encounter brings them together, Sasha sees an opportunity to get close to Daniel and write a story that will make a name for herself at the celebrity gossip magazine where she interns. But Daniel is surprisingly sweet and extremely cute—could she be falling for him?

The truth is: Daniel is hiding something. When Sasha discovers his secret, will she follow her heart or deliver the hottest story of the summer? — Cover image and summary via Goodreads