Black Was the Ink 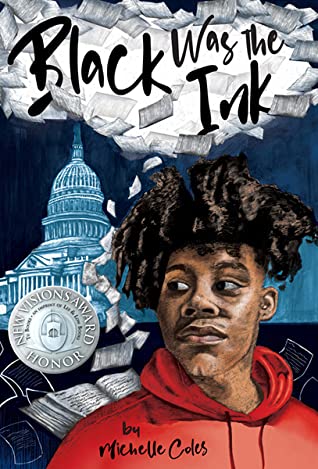 As Cedric, Malcolm meets the real-life Black statesmen who fought for change during the Reconstruction era: Hiram Revels, Robert Smalls, and other leaders who made American history. But even after witnessing their bravery, Malcolm’s faith in his own future remains shaky, particularly since he knows that the gains these statesmen made were almost immediately stripped away. If those great men couldn’t completely succeed, why should he try?

Malcolm must decide which path to take. Can Cedric’s experiences help him construct a better future? Or will he resign himself to resentments and defeat? — Cover image and summary via Goodreads