Darkness Hidden (Name of the Blade #2) 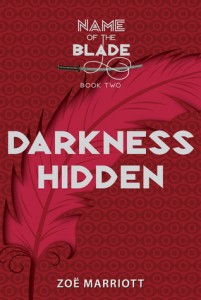 Darkness Hidden (The Name of the Blade #2), Zoe Marriott

In the electrifying second volume of Zoë Marriott’s The Name of the Blade Trilogy, Mio, Jack and Shinobu have defeated the terrifying Nekomata against all odds, and brought Jack’s sister home alive.

But Mio is still compelled to protect the katana, her family’s ancestral sword, and now the Underworld has spawned a worse monster – one carrying a devastating plague that sweeps through London like wildfire.