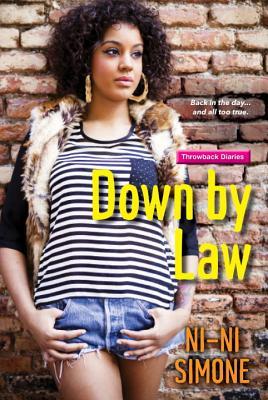 Lesson #1: You come for me, I come back even harder for you. Fair exchange. No robberies.

Isis Carter got schooled early on in surviving the streets. When some girls put a beatdown on her, she took back what was hers. When her mom, Queenie, bailed on Isis’ abusive father, Isis fought to stay strong. And when her dad gets killed, sixteen-year-old Isis buries the hurt by looking out for herself—and creepin’ with bad boy Supreme…until a run-in with the law shatters Isis’ world, threatens to destroy her future, and brings Queenie back home.

Now the only person Isis can rely on is the mother she is too angry to trust, much less forgive. Even her new boo, Ke’Ron, is working hard to make Isis feel safe and show her he’s worthy of more than friendship. But when Isis lets her guard down, will she be given a second chance to get her life straight—or will it cost her everything?