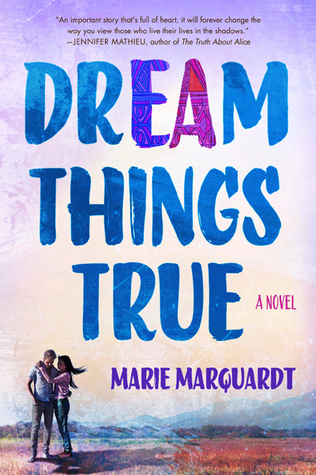 A modern-day Romeo and Juliet story in which a wealthy Southern boy falls in love with an undocumented Mexican girl and together they face perils in their hostile Georgia town.

Evan, a soccer star and the nephew of a conservative Southern Senator, has never wanted for much — except a functional family. Alma has lived in Georgia since she was two-years-old, excels in school, and has a large, warm Mexican family. Never mind their differences, the two fall in love, and they fall hard. But when ICE (Immigration and Customs Enforcement) begins raids on their town, Alma knows that she needs to tell Evan her secret. There’s too much at stake. But how to tell her country-club boyfriend that she’s an undocumented immigrant? That her whole family and most of her friends live in the country without permission. What follows is a beautiful, nuanced, well-paced exploration of the complications of immigration, young love, defying one’s family, and facing a tangled bureaucracy that threatens to completely upend two young lives. — Cover image and summary via Goodreads