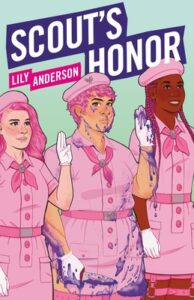 But old monster-slaying habits die hard and Prue finds herself falling back into the fold, growing close with the junior scouts that she trains to fight the creatures she can’t face. When her town is hit with a mysterious wave of demons, Prue knows it’s time to confront the most powerful monster of all: her past. — Cover image and summary via Goodreads