Shanti and the Magic Mandala 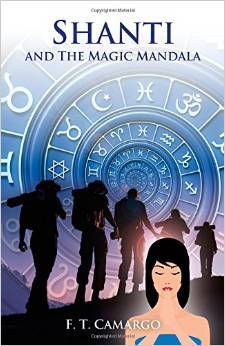 Shanti and the Magic Mandala is an adventure in which fantasy and reality are mingled. The book tells the story of six teenagers, from different religious and cultural origins and different parts of the world, who are mystically recruited to form two groups – one in the Northern Hemisphere, and one in the Southern. They eventually gather in Peru, and through a single alliance, begin a frantic chase for the sacred object that can stop the black magician’s final plan. — Cover image and summary via Goodreads