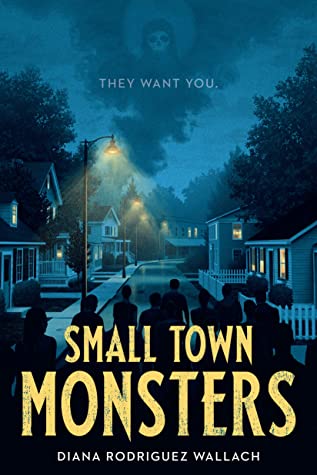 Vera Martinez wants nothing more than to escape Roaring Creek and her parents’ reputation as demonologists. Not to mention she’s the family outcast, lacking her parents’ innate abilities, and is terrified of the occult things lurking in their basement.

Maxwell Oliver is supposed to be enjoying the summer before his senior year, spending his days thinking about parties and friends. Instead he’s taking care of his little sister while his mom slowly becomes someone he doesn’t recognize. Soon he suspects that what he thought was grief over his father’s death might be something more…sinister.

When Maxwell and Vera join forces, they come face to face with deeply disturbing true stories of cults, death worship, and the very nature that drives people to evil. — Cover image and summary via Goodreads