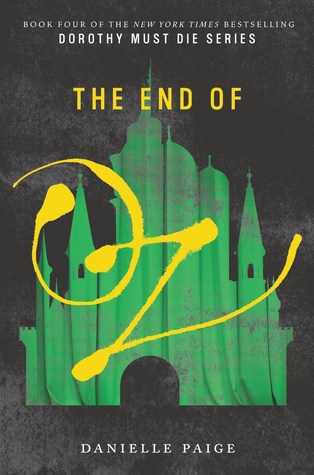 In this high-octane fourth book in the New York Times bestselling Dorothy Must Die series, Amy Gumm must do everything in her power to save Kansas and make Oz a free land once more.

At the end of Yellow Brick War, Amy had finally defeated Dorothy. Just when she and the rest of the surviving members of the Revolutionary Order of the Wicked thought it was safe to start rebuilding the damaged land of Oz, they realized they’ve been betrayed—by one of their own. And Dorothy might not have been so easily defeated after all.

In the fourth installment of the New York Times bestselling Dorothy Must Die series, the magical Road of Yellow Brick has come to the rescue, and whisked Amy away—but to where? Does the Road itself know where she needs to go to find the help that she needs?

Welcome to the other side of the rainbow. Here there’s danger around every corner, and magic shoes won’t be able to save you. — Cover image and summary via Goodreads