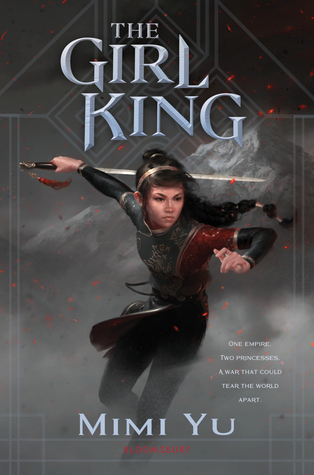 Sisters Lu and Min have always known their places as the princesses of the Empire of the First Flame: the eldest, assertive Lu, will be named her father’s heir and become the dynasty’s first female ruler, while timid Min will lead a quiet life in Lu’s shadow. Then their father names their male cousin Set the heir instead, throwing both girls’ lives into chaos.

Determined to reclaim her birthright, Lu is forced to flee, leaving Min to face the volatile court alone. Lu crosses paths with Nokhai, the lone, unlikely survivor of the decimated Ashina, nomadic wolf shapeshifters. Nok never learned to shift–and he has no trust for the Empire that killed his family–but working with the princess might be the key to unlocking his true power.

As Lu and Nok form a tenuous alliance, Min’s own hidden power awakens–a forbidden, deadly magic that could secure Set’s reign . . . or allow her to claim the throne herself. But there can only be one Emperor, and the sisters’ greatest enemy could very well turn out to be each other.

Told in three distinct points-of-view, this first book in a sweeping fantasy series weaves a story of ambition, betrayal, and sacrifice. — Cover image and summary via Goodreads