The Savage Dawn (The Girl at Midnight #3) 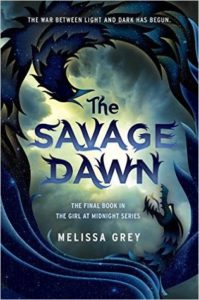