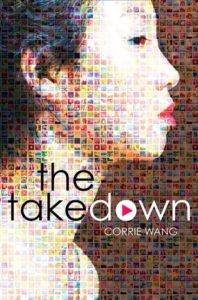 The Takedown by Corrie Wang
Freeform

Until someone takes issue with this arrangement.

A week before college applications are due, a video of Kyla “doing it” with her crush-worthy English teacher is uploaded to her school’s website. It instantly goes viral, but here’s the thing: it’s not Kyla in the video. With time running out, Kyla delves into a world of hackers, haters and creepy stalkers in an attempt to do the impossible-take something off the internet-all while dealing with the fallout from her own karmic footprint. Set in near-future Brooklyn, where privacy is a bygone luxury and every perfect profile masks damning secrets, The Takedown is a stylish, propulsive, and provocative whodunit, asking who would you rely on if your tech turned against you?