So I didn’t post much on Rich in Color last year — just once actually. Part of it was for lack of reading because I didn’t read as many books as I should have. Most of the reason though was because I felt frozen about what to say. A lot of my thoughts about diversity in literature were unformed, constantly changing, and oftentimes conflicting. “Nobody should write what they don’t know! Write whatever you want! Representation! Otherness! Authenticity! Research is enough, research is never enough! All experiences should be first hand!” I basically wasn’t sure what my stance on diversity was aside from “just support/read it.”

But since I’ve been mostly a non-contributing contributor here, I thought I’d better step up and start a monthly column about trying to read, write, learn, and come to terms with my (hopefully increasingly sophisticated) thoughts about diversity. 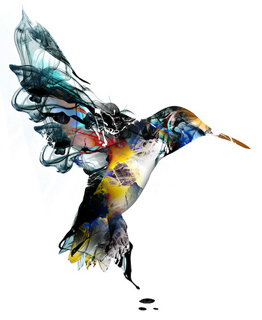 I don’t know about everyone else, but when I used to read books, I barely bothered to glance at who wrote it. I just dug into a book and started reading. If I enjoyed the experience enough, I’d glance back at the cover, note the author, and then head off to the library to find their next book. That was pretty much the only time the mysterious author came into the picture…after I had read the book.

Pre-Internet, it was difficult to find out information about an author anyway. All I had to go on was the short biographical blurb and maybe an author photo. Now it’s totally different. You can find out a lot about any author. All authors are told by marketing to hurry up and build a website, slap up a bio page, and go get on some blog tours and interviews. The time one could spend on reading interviews, watching videos, and consuming guest posts from an author can literally almost outweigh the time spent on interacting with the actual book. Sidenote: This isn’t a bad thing, I love how much information is readily available.

My problem however, is that nowadays I tend to focus on the author too much, especially when it comes to diverse books. Oftentimes, before I’ve even gone halfway into something, I’ve already Googled for author background. Basically I’m looking for, and gauging, authenticity. Is this book written by someone who looks/sounds/seems like they know what they’re talking about? Yes? Okay then, let’s move on. If not, I’m reading the book with a heavily biased eye. This is terribly judge-y of me but it’s the truth, and I’m sure other people do this too.

I know, it’s very un-New Criticism of me. “New Criticism emphasizes explication, or close reading of the work itself. It rejects old historicism’s attention to biographical and sociological matters.” The thing is, I can’t ignore the context of the book. Not like when I was young. I used to read colorblind, I read just to read, and in some ways it could be said that I read dumb. Now, who the author is, their intent, the publishing environment that pushed this book into my hands, all of it weighs in my mind for better or for worse. Pandora’s box right?

As the new year turns, I’ve been trying to evaluate what I like about certain book reviews, and what kind of reviews I would like to do. Lit crit, get at me! People study this stuff, but I never did. Except for auditing that one measly class where I learned the term “New Criticism.” Sure hope I used it right. Anyway, all that naturally leads into getting into the kind of stuff that people studying this stuff get into. Books like Critical Approaches to Young Adult Literature (2009) by Kathy H. Latrobe and Judy Drury. I couldn’t believe this existed and I just had to order this sucker to dig into asap. I’ll keep you updated on what I find out. Meanwhile, I’m going to drop some links to people, articles, and some other such things. Beware, it’s a link forest ahead, sorry in advance.

Aside from just being a wonderful place in general, s.e. smith’s blog also features the best YA book reviews I’ve ever read. They are personal, nuanced, and positive. Shying away from a simple “like/dislike” review, smith totally digs into what makes a book worth reading. And when it comes to YA books with diversity, ou really nails the wider issues that a book touches on. Check out smith’s reviews of Maurene Goo’s Since You Asked and Alaya Dawn Johnson’s Summer Prince as examples. And here is s.e. smith’s guest post from Disability in Kidlit, “Don’t Worry, It’s Fine When It Happens to Crazy People!”

The reviews on LA Review of Books are always supremely well written, but this one on Nalo Hopkinson’s Sister Mine especially caught my eye. Jessica Granger’s “Dysfunctional Fabulist Families.” This line among many others: “For all Toronto’s reputation on the world stage as a happily multicultural metropolis, and for all the Canadian government’s lip service to the value of diversity, Sister Mine speaks truth, real truth, about the quotidian prejudice with which black Torontonians live.”

YALSA’s Journal of Research on Libraries and Young Adults, a peer-reviewed online research journal, has some killer stuff on their site including Regina Sierra Carter’s “YA Literature: The Inside and Cover Story (2013)” and Sarah Hannah Gómez’s, “This, That, Both, Neither: The Badging Of Biracial Identity In Young Adult Realism (2013)”

Speaking of Sarah Hannah Gómez, I love her blog because she comes strong with the opinions and her takes are often so right on. For example, her experience at a CBC Diversity event, her review about certain aspects of Sara Zarr and Tara Altebrando’s Roomies, and her calling out of incorrect usages of “multicultural” (and “diversity”).

And although I haven’t read Rainbow Rowell’s Eleanor & Park yet, I am a bit fearful after reading Wendy Xu’s, aka Angry Girl Comics, take on it. I want to believe that Park is an amazing contemporary (male) Asian-American character in YA. I want to believe that all the fans of Eleanor & Park were 100% spot on. And because Rowell took the time to write this post: “Why is Park Korean?” But I have to admit that I’m apprehensive now. That’s what I mean about knowing too much about an author. All this baggage going in…

1. I think I found a case of cover colorwashing. The knife cuts both ways! This book features a white kid trying to become a samurai, yet the cover prominently features an Asian character. I can’t decide if this is hilarious, sad, or an example of progress. (Note: Other versions of the book feature the white protagonist. Such as the Indonesian cover.)

2. “The Same Loves: White people win again at the Grammys” aka Macklemore is the worst. A recent POC organization awarded their young adult prizes to authors that weren’t POC. I don’t know the criteria obviously but I assumed being a POC would be one of them. I’m just imagining the award presentation as the non-POC award winner gazes out into an audience of all POC members. “Thank you for giving me an award to represent you! You’re the best!” Cue applause.

3. Where are the Girls? A short film starring Jemima Kirke of Girls fame about how women artists were erased from history and under/misrepresented in museums. And if you want to really go down the rabbit hole about issues of gender, class, and race representation, read up on all things Girls related. Start here, “Lena Dunham Talks About Girls Being Super White (2012).”

4. I’m way interested in the individuals who populate the diverse YA blogosphere. There’s a lot of blogs, some old, some new, and all constantly shining the light on diversity in YA! If you’re one of these fine people, tell me so I can follow you, share you, and heck, interview you!

5. Oh, why “splashes?” I mean, it’s mostly my lame attempt to thematically match Rich in Color. Plus it reminds me of Splash, the greatest mermaid movie of all time. At least until September Girls gets adapted.