For some people, the only kind of reading they want to do involves fiction, but for others, non-fiction is the winner. I generally read more fiction, but I do like a dash of non-fiction here and there – especially excellent narrative non-fiction. Here are a few I have enjoyed or am looking forward to reading soon. Unless otherwise noted, the cover images and summaries are from Indiebound. 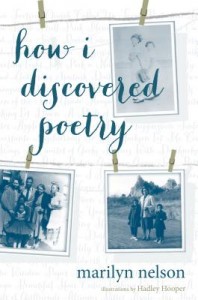 How I Discovered Poetry by Marilyn Nelson 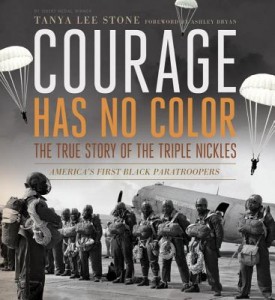 Courage Has No Color, The True Story of the Triple Nickles by Tanya Stone 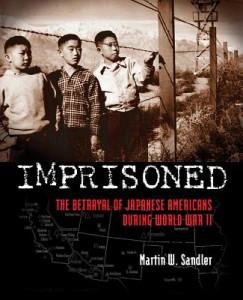 Summary: While Americans fought for freedom and democracy abroad, fear and suspicion towards Japanese Americans swept the country after Japan’s sneak attack on Pearl Harbor. Culling information from extensive, previously unpublished interviews and oral histories with Japanese American survivors of internment camps, Martin W. Sandler gives an in-depth account of their lives before, during their imprisonment, and after their release. Bringing readers inside life in the internment camps and explaining how a country that is built on the ideals of freedom for all could have such a dark mark on its history, this in-depth look at a troubling period of American history sheds light on the prejudices in today’s world and provides the historical context we need to prevent similar abuses of power. 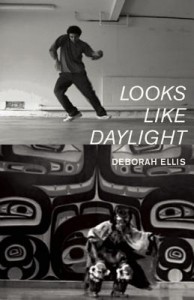 Summary: After her critically acclaimed books of interviews with Afghan, Iraqi, Israeli and Palestinian children, Deborah Ellis turns her attention closer to home. For two years she traveled across the United States and Canada interviewing Native children. The result is a compelling collection of interviews with children aged nine to eighteen. They come from all over the continent, from Iqaluit to Texas, Haida Gwaai to North Carolina, and their stories run the gamut — some heartbreaking; many others full of pride and hope.

Many of these children are living with the legacy of the residential schools; many have lived through the cycle of foster care. Many others have found something in their roots that sustains them, have found their place in the arts, the sciences, athletics. Like all kids, they want to find something that engages them; something they love.

Deborah briefly introduces each child and then steps back, letting the kids speak directly to the reader, talking about their daily lives, about the things that interest them, and about how being Native has affected who they are and how they see the world. — summary via Goodreads 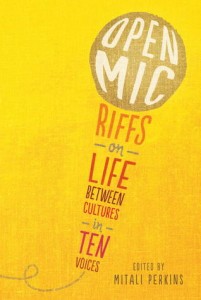 Summary: Listen in as ten YA authors — some familiar, some new — use their own brand of humor to share their stories about growing up between cultures. Henry Choi Lee discovers that pretending to be a tai chi master or a sought-after wiz at math wins him friends for a while — until it comically backfires. A biracial girl is amused when her dad clears seats for his family on a crowded subway in under a minute flat, simply by sitting quietly in between two uptight white women. Edited by acclaimed author and speaker Mitali Perkins, this collection of fiction and nonfiction uses a mix of styles as diverse as their authors, from laugh-out-loud funny to wry, ironic, or poingnant, in prose, poetry, and comic form.

Have you read some outstanding non-fiction by or about people of color lately that we shouldn’t miss?