The month of April is off to a great start with six different titles that are being released this week. Check them out! 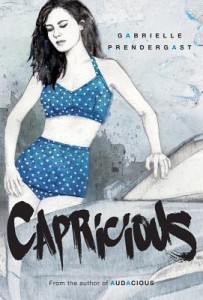 Ella’s grade-eleven year was a disaster (“Audacious”), but as summer approaches, things are looking up. She’s back together with her brooding boyfriend, Samir, although they both want to keep that a secret. She’s also best buddies with David and still not entirely sure about making him boyfriend number two. Though part of her wants to conform to high school norms, the temptation to be radical is just too great. Managing two secret boyfriends proves harder than Ella expected, especially when Samir and David face separate family crises, and Ella finds herself at the center of an emotional maelstrom. Someone will get hurt. Someone risks losing true love. Someone might finally learn that self-serving actions can have public consequences. And that someone is Ella. –Image and summary via Goodreads 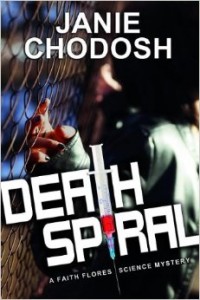 Life is tough when you have a junkie for a mom. But when sixteen-year-old Faith Flores—scientist wannabe, loner, new girl in town—finds her mom dead on the bathroom floor, she refuses to believe her mom really OD’d. But the cops have closed the case and her Aunt T, with whom she now lives in the Philly ‘burbs, wants Faith to let go and move on. 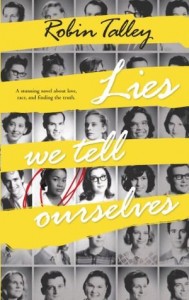 Lies We Tell Ourselves by Robin Talley

In 1959 Virginia, the lives of two girls on opposite sides of the battle for civil rights will be changed forever.

Sarah Dunbar is one of the first black students to attend the previously all-white Jefferson High School. An honors student at her old school, she is put into remedial classes, spit on and tormented daily.

Linda Hairston is the daughter of one of the town’s most vocal opponents of school integration. She has been taught all her life that the races should be kept “separate but equal.”

Forced to work together on a school project, Sarah and Linda must confront harsh truths about race, power and how they really feel about one another.

Boldly realistic and emotionally compelling, Lies We Tell Ourselves is a brave and stunning novel about finding truth amid the lies, and finding your voice even when others are determined to silence it. — summary via Goodreads 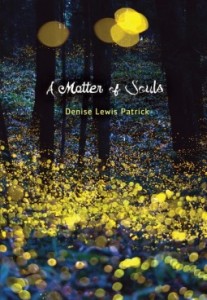 A Matter of Souls by Denise Lewis Patrick

From the shores of Africa to the bowels of a transatlantic ship to a voting booth in Mississippi to the jungles of Vietnam, all human connection is a matter of souls. In this stirring collection of short stories, Denise Lewis Patrick considers the souls of black men and women across centuries and continents. In each, she takes the measure of their dignity, describes their dreams, and catalogs their fears. Brutality, beauty, laughter, rage, and love all take their turns in each story, but the final impression is of indomitable, luminous, and connected souls. — Cover image and summary via Goodreads
. 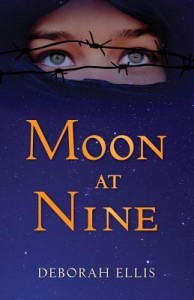 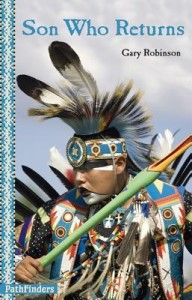 Fifteen-year-old Mark Centeno is of Chumash, Crow, Mexican and Filipino ancestry–he calls himself “four kinds of brown.” When Mark goes to live with his Chumash grandmother on the reservation in central California, he discovers a rich world of family history and culture that he knows very little about. He also finds a pathway to understanding better a part of his own identity: powwow dancing. Riveted by the traditional dancers and feeling the magnetic pull of the drums, Mark begins the training and other preparations necessary for him to compete as a dancer in one of America’s largest powwows. — Cover image and summary via Goodreads