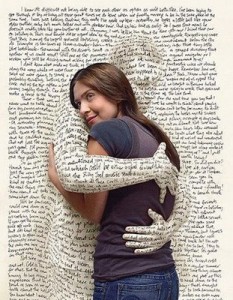 If the month of June will be remembered for one thing (aside from marriage equality), it will be remembered as the month were race and racism were prime topics of discussions. It began with one woman deciding to “pass” as a black woman, a horrible tragedy of 9 lives lost, Trump’s crazy remarks about immigrants, specifically Mexicans, and ending with one courageous woman’s act to take down the Confederate flag. There were some productive discussions that were had, and there were also some folks who double downed on their ignorance. Through it all, I kept wanting to yell, “haven’t any of you ever read a book?”

Now, I understand how that response might seem odd, but that is because I kept thinking about a study released late last year that proved people who read fictional novels actually have more empathy. Researchers from Carnegie Mellon University found that when reading a fictional story, the elements of the brain that you would use when watching someone move, lights up when you are reading too. The article, from Psychology Today, states that essentially, “When you are engaged in reading a fictional story your brain is literally living vicariously through the characters at a neurobiological level.” Let me repeat, you are living vicariously through the characters. That means that when we read a fictional story, we place ourselves as the characters and live, briefly, a different life other than our own.

The researchers also discovered that fictional reading helps what is called, “Theory of Mind.”  This concept is “the ability to attribute mental states — beliefs, intents, desires, pretending, knowledge, etc. — to oneself and others and to understand that others have beliefs, desires, and intentions that are different from one’s own.” Essentially, we can learn to understand the thoughts, feelings, beliefs of people different from us and come to understand their world view. We become empathetic. Psychologist Raymond Mar states, “that when you are engaged in reading a story that your brain automatically puts yourself in the character’s shoes. Throughout the process of reading narrative fiction, the reader learns life lessons from how he or she personally experiences the journey of the protagonist and other characters in the story.”

It is this reason why having both mirrors and windows for children in their literature is important. Children of color need to be able to see, think, believe they can be the hero, while their White counterparts also need to see how the lives of children of color differ from their own. In her article, “Mirrors, Windows, and Sliding Glass Doors,” Rudine Sims Bishop explains how having both mirrors and windows in literature, children of all races will be able to understand and even celebrate the differences in each other. She even explains how the mirrors and windows could lead to ending racism in our country. She states that children from the dominant culture “need books that will help them understand the multicultural nature of the world they live in, and their place as a member of just one group, as well as their connections to all other humans. In this country, where racism is still one of the major unresolved social problems, books may be one of the few places where children who are socially isolated and insulated from the larger world may meet people unlike themselves. If they see only reflections of themselves, they will grow up with an exaggerated sense of their own importance and value in the world-a dangerous ethnocentrism.” I can’t help but think if the folks making headlines the past few weeks had read fictional stories about people from different races, cultures, countries, would they have done/said the acts they performed in June? How would their lives have been different, better if they had just read a book about a person of color?

I just happened to catch CSPAN’S BookTV’s replay of the WNDB panel at BEA in May last night. Both Linda Sue Park and Ellen Oh mentioned stories where folks from the dominant race felt that they didn’t need to read books about characters of color; felt like the books were not “for them”, and that is part of the problem. Books featuring characters of color are for everyone. I know what it is like to live the life of a Black woman in Los Angeles, but Sherman Alexie’s “Absolutely True Diary of a Part-Time Indian,” gave me a glimpse of what life is like living on a reservation and the struggle to get a good education. That is just one book in the long list of books that have given me a greater world view and took me on adventures in different places. All children need to be able to have the same experiences – to see themselves as the hero while also learning what life is like for children from different parts of the city, their country and their world. I honestly feel that if more books by authors of color and/or books with characters of color were taught in the schools, folks would be more empathetic and open to the diversity of the world around them.

One Reply to “Combating Racism Through Literature”