Three books are being released this Tuesday (8/25)! 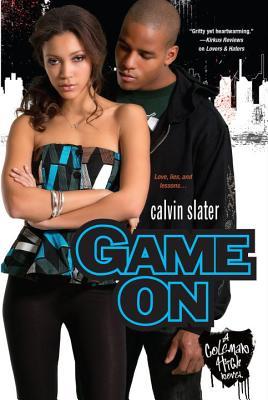 Game On by Calvin Slater

Xavier Hunter hoped his senior year would be bad news-free. His old enemy is finally in lockdown and Xavier is out from under one mad-crazy relationship disaster. And he’s cool with his dream girl, Samantha Fox, dating other guys because fair is fair–he hasn’t been a saint. But he’s not hearing anything good about her new man, Sean. And showing Samantha the truth could be the one game Xavier can’t win. . .

With graduation and college coming up fast, Samantha has been thinking hard about her future. Maybe she and Xavier have too much baggage to get back together. And Sean is a chance to see things fresh and figure out what she really wants. So she doesn’t need Xavier telling jealous lies–especially when the drama he’s lighting up could crash and burn their futures for good. [Image and summary via Goodreads] 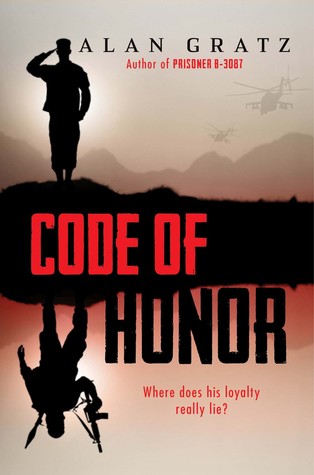 Code of Honor by Alan Gratz

When seventeen-year-old Iranian American Kamran Smith learns that his brother has been labeled a terrorist, he knows something isn’t right. In a race against time, it is up to Kamran to prove his brother’s innocence, even as the country has turned against him and his family. With the help of a ragtag team of underground intelligence professionals, Kamran must piece together the clues and the codes that will save his brother’s life–and save his country from possibly the largest terrorist attack since 9/11.

Acclaimed author Alan Gratz takes readers on a nonstop action-adventure journey through the emotional, political, and cultural landscape of the War on Terror, while weaving a poignant tale of two brothers. [Image and summary via Goodreads] 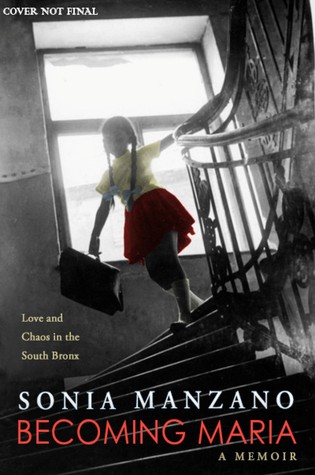 Becoming Maria: Love and Chaos in the South Bronx by Sonia Manzano

Set in the 1970s in the Bronx, this is the story of a girl with a dream. Emmy Award-winning actress and writer Sonia Manzano plunges us into the daily lives of a Latino family that is loving–and troubled. This is Sonia’s own story rendered with an unforgettable narrative power. When readers meet young Sonia, she is a child living amidst the squalor of a boisterous home that is filled with noisy relatives and nosy neighbors. Each day she is glued to the TV screen that blots out the painful realities of her existence and also illuminates the possibilities that lie ahead. But–click!–when the TV goes off, Sonia is taken back to real life–the cramped, colorful world of her neighborhood and an alcoholic father. But it is Sonia’s dream of becoming an actress that keeps her afloat among the turbulence of her life and times.

Spiced with culture, heartache, and humor, this memoir paints a lasting portrait of a girl’s resilience as she grows up to become an inspiration to millions. — Cover image and summary via Goodreads