Sometimes, you just want to sit down and read something quick. You’d think that comic books would be the perfect solution, but you know, they can get pretty heavy (see: superhero comics). Here are three comic books by or about PoC that are quick, fun reads: 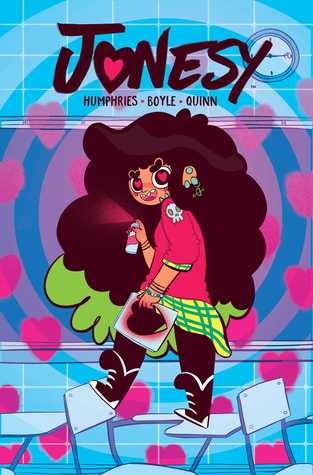 onesy by Sam Humphries, Caitlin Rose Boyle (Illustrations)
A sarcastic teenager with the powers of cupid unleashes her preternatural matchmaking abilities on her school with hilarious and charming results.

Jonesy is a self-described “cool dork” who spends her time making zines nobody reads, watching anime, and listening to riot grrrl bands and 1D simultaneously. But she has a secret nobody knows. She has the power to make people fall in love! Anyone. With anything. She’s a cupid in plaid. With a Tumblr. There’s only one catch—it doesn’t work on herself. She’s gonna have to find love the old-fashioned way, and in the meantime, figure out how to distract herself from the real emotions she inevitably has to face when her powers go wrong… [Image and summary via Goodreads] 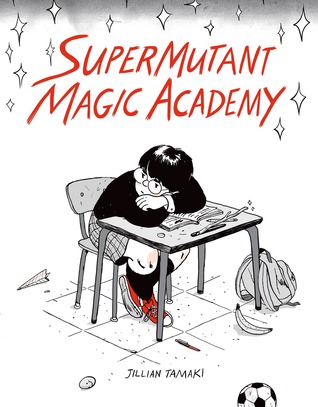 SuperMutant Magic Academy by Jillian Tamaki
Review here
The SuperMutant Magic Academy is a prep school for mutants and witches, but their paranormal abilities take a backseat to everyday teen concerns. Science experiments go awry, bake sales are upstaged, and the new kid at school is a cat who will determine the course of human destiny. In one strip, lizard-headed Trixie frets about her nonexistent modeling career; in another, the immortal Everlasting Boy tries to escape this mortal coil to no avail. Throughout it all, closeted Marsha obsesses about her unrequited crush, the cat-eared Wendy. Whether the magic is mundane or miraculous, Tamaki’s jokes are precise and devastating. [Image and summary via Goodreads] 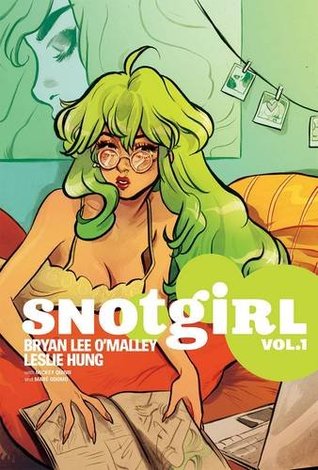 Snotgirl, Vol. 1  by Bryan Lee O’Malley, Leslie Hung
Who is Lottie Person?
Is she a gorgeous, fun-loving social media star with a perfect life or a gross, allergy-ridden mess? Enter a world of snot, blood, and tears in this first collection from New York Times Best Seller Bryan Lee O’Malley (Scott Pilgrim, Seconds) and dazzling newcomer Leslie Hung! [Image and summary via Goodreads]