Some readers avoid poetry, but I run toward it with open arms so Poetry Month makes me smile. Here are a few of the newest poetry books I’ve been enjoying. 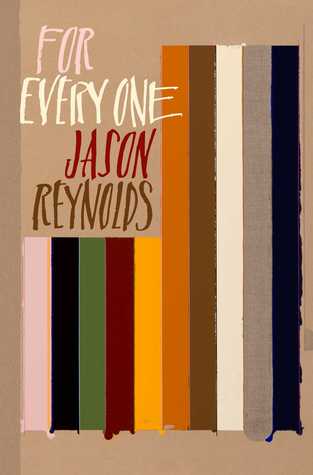 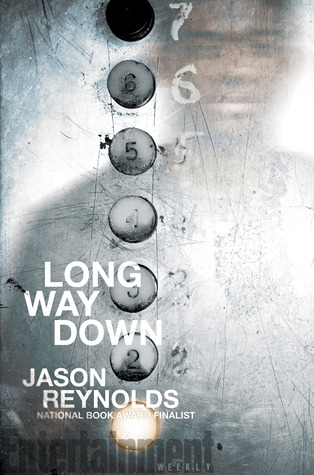 As the elevator stops on the sixth floor, on comes Buck. Buck, Will finds out, is who gave Shawn the gun before Will took the gun. Buck tells Will to check that the gun is even loaded. And that’s when Will sees that one bullet is missing. And the only one who could have fired Shawn’s gun was Shawn. Huh. Will didn’t know that Shawn had ever actually used his gun. Bigger huh. BUCK IS DEAD. But Buck’s in the elevator?

Just as Will’s trying to think this through, the door to the next floor opens. A teenage girl gets on, waves away the smoke from Dead Buck’s cigarette. Will doesn’t know her, but she knew him. Knew. When they were eight. And stray bullets had cut through the playground, and Will had tried to cover her, but she was hit anyway, and so what she wants to know, on that fifth floor elevator stop, is, what if Will, Will with the gun shoved in the back waistband of his jeans, MISSES. 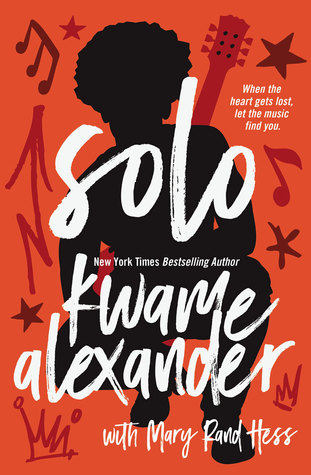 When the heart gets lost, let the music find you.

Blade never asked for a life of the rich and famous. In fact, he’d give anything not to be the son of Rutherford Morrison, a washed-up rock star and drug addict with delusions of a comeback. Or to no longer be part of a family known most for lost potential, failure, and tragedy. The one true light is his girlfriend, Chapel, but her parents have forbidden their relationship, assuming—like many—that Blade will become just like his father.

In reality, the only thing Blade has in common with Rutherford is the music that lives inside them. But not even the songs that flow through Blade’s soul are enough when he’s faced with two unimaginable realities: the threat of losing Chapel forever, and the revelation of a long-held family secret, one that leaves him questioning everything he thought was true. All that remains is a letter and a ticket to Ghana—both of which could bring Blade the freedom and love he’s been searching for, or leave him feeling even more adrift.

And here are a few on my TBR: 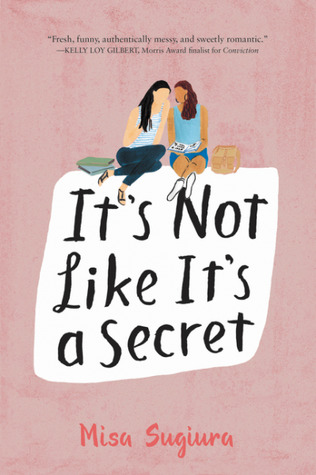 *Not a book of poetry, but it does include poems*

Sixteen-year-old Sana Kiyohara has too many secrets. Some are small, like how it bothers her when her friends don’t invite her to parties. Some are big, like that fact that she’s pretty sure her father’s having an affair. And then there’s the one that she barely even admits to herself, the one about how she might have a crush on her best friend.

When Sana and her family move to California, she begins to wonder if it’s finally time for her to be honest with her friends and family, especially after she meets Jamie Ramirez. Jamie is beautiful and smart and unlike anyone Sana’s ever known before. The only problems are: Sana is pretty sure Jamie’s friends hate her, Jamie’s ex isn’t totally out of the picture, Sana’s new friend Caleb has more-than-friendly feelings for her, and things with her dad feel like they’re coming to a head. She always figured that the hardest thing would be to tell people that she wanted to date a girl, but as she quickly learns, telling the truth is easy…what comes after it, though, is a whole lot more complicated. 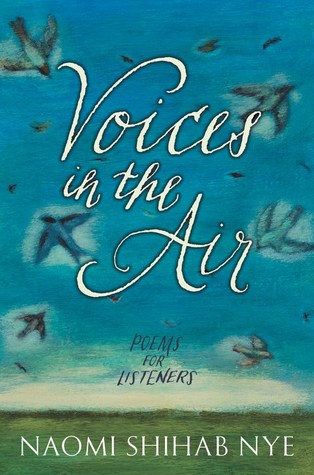 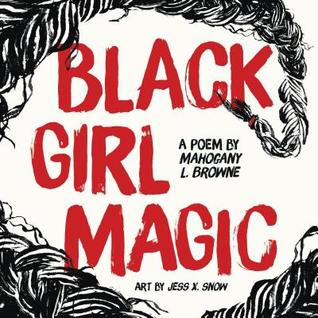 Black Girl, they say you ain’t ‘posed to be here

Much of what twenty-first century culture tells black girls is not pretty: Don’t wear this; don’t smile at that. Don’t have an opinion; don’t dream big. And most of all, don’t love yourself. In response to such destructive ideas, internationally recognized poet Mahogany Browne challenges the conditioning of society by crafting an anthem of strength and magic undeniable in its bloom for all beautiful Black girls. She has travelled the world sharing her vision of Black Girl Magic, and now in collaboration with artist Jess X. Snow, presents her acclaimed tribute in a visual form.

Black Girl Magic is a journey from girlhood to womanhood and an invitation to readers to find magic in themselves.

Am I missing any great poetry books from this year or the last? Please let us know in the comments. Also, if you want to find more great poetry titles, check out our previous posts here:

One Reply to “Poetry Month”