We have four books on our radar for these last days of April. Are any of them on your TBR pile? 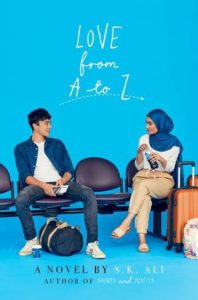 Love from A to Z by S.K. Ali
Salaam Reads 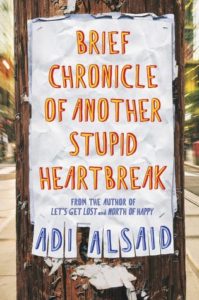 The summer after senior year is not going as eighteen-year-old Lu Charles expected: after her longtime boyfriend unexpectedly breaks up with her, Lu can’t write a single word, despite the fact that her college scholarship is tied to her columnist job at hip online magazine Misnomer. Then, she meets Cal.

Cal’s ever-practical girlfriend Iris is looking ahead to her first year of college, and her plans do not include a long-distance boyfriend. When Lu learns that Cal and Iris have planned to end their relationship at the end of the summer, she becomes fascinated and decides to chronicle the last months the couple will spend together.

The closer she gets to the couple, the more she likes them, and the more she wants to write about them. The summer unfurls, and Lu discovers what it really means to be in love. On the page, or off it. The book is touching exploration of love and how it shapes us both during a relationship and after it has ended. 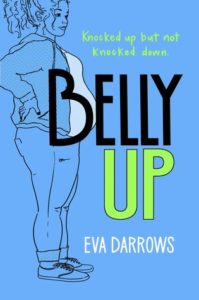 When 16 year old Serendipity Rodriguez attends a house party to celebrate the end of sophomore year, she has no intention of getting drunk and hooking up with a guy she’s just met, let alone getting pregnant. To make matters worse, she has no way of contacting the father and she and her mother are about to move to a new town and in with her grandmother.

It’s hard enough to start your junior year as the new kid in school, but at 5-months pregnant it’s even harder. So when Sara meets Leaf, who asks her out and doesn’t seem to care that she’s pregnant, she finds herself falling.

Juggling the realities of a pregnancy with school and a new relationship are hard enough, but when Jack, the father of her baby, turns back up, Sara’s life goes from complicated to a complete mess. With the help of her overbearing mother and grandmother, Sara will learn to navigate life’s challenges and be ready for anything, as she prepares for the birth of her baby. 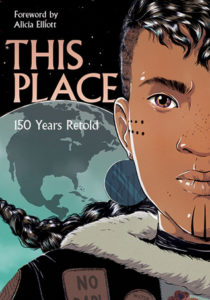 Explore the last 150 years through the eyes of Indigenous creators in the graphic novel anthology, This Place: 150 Years Retold. Beautifully illustrated, these stories are an emotional and enlightening journey through magic realism, serial killings, psychic battles, and time travel. See how Indigenous peoples have survived a post-apocalyptic world since Contact.