There are five books out this week that have piqued our interest. Which ones do you have your eye on? 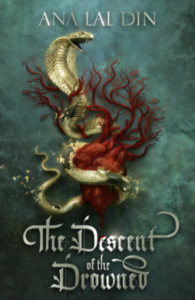 As the sacred slave of a goddess, Roma is of a lower caste that serves patrons to sustain the balance between gods and men. What she wants is her freedom, but deserters are hunted and hanged, and Roma only knows how to survive in her village where women are vessels without a voice. When her younger brother is condemned to the same wretched fate as hers, Roma must choose between silence and rebellion.

Leviathan is the bastard son of an immortal tyrant. Raised in a military city where everyone knows of his blood relation to the persecuted clans, Leviathan is considered casteless. Lowest of the low. Graduating as one of the deadliest soldiers, he executes in his father’s name, displaying his worth. When he faces judgement from his mother’s people-the clans-Leviathan must confront his demons and forge his own path, if he ever hopes to reclaim his soul.

But in the struggle to protect the people they love and rebuild their identities, Roma’s and Leviathan’s destinies interlock as the tyrant hunts an ancient treasure that will doom humankind should it come into his possession-a living treasure to which Roma and Leviathan are the ultimate key.

Set in a colonised Indo-Persian world and inspired by Pre-Islamic Arabian mythology, The Descent of the Drowned is a tale about power, identity, and redemption, and what it takes to hold on to one’s humanity in the face of devastation. — Cover image and summary via Goodreads 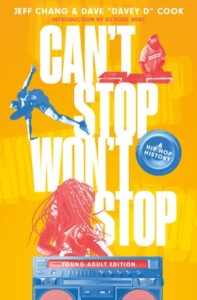 From award-winning author Jeff Chang, Can’t Stop Won’t Stop is the story of hip-hop, a generation-defining movement and the music that transformed American politics and culture forever.

Hip hop is one of the most dominant and influential cultures in America, giving new voice to the younger generation. It defines a generation’s worldview. Exploring hip hop’s beginnings up to the present day, Jeff Chang and Dave “Davey D” Cook provide a provocative look into the new world that the hip hop generation has created.

Based on original interviews with DJs, b-boys, rappers, activists, and gang members, with unforgettable portraits of many of hip hop’s forebears, founders, mavericks, and present day icons, this book chronicles the epic events, ideas and the music that marked the hip hop generation’s rise. — Cover image and summary via publisher 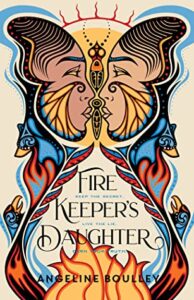 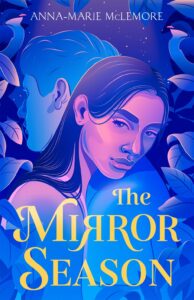 When two teens discover that they were both sexually assaulted at the same party, they develop a cautious friendship through her family’s possibly-magical pasteleria, his secret forest of otherworldly trees, and the swallows returning to their hometown, in Anna-Marie McLemore’s The Mirror Season…

Graciela Cristales’ whole world changes after she and a boy she barely knows are assaulted at the same party. She loses her gift for making enchanted pan dulce. Neighborhood trees vanish overnight, while mirrored glass appears, bringing reckless magic with it. And Ciela is haunted by what happened to her, and what happened to the boy whose name she never learned.

But when the boy, Lock, shows up at Ciela’s school, he has no memory of that night, and no clue that a single piece of mirrored glass is taking his life apart. Ciela decides to help him, which means hiding the truth about that night. Because Ciela knows who assaulted her, and him. And she knows that her survival, and his, depend on no one finding out what really happened. — Cover image and summary via Goodreads 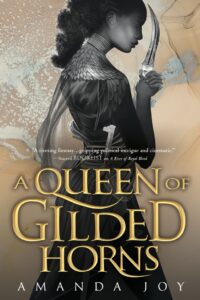 A ​Queen of Gilded Horns (A River of Royal Blood #2) by Amanda Joy
G.P. Putnam’s Sons Books For Young Readers

On the run and desperate for answers, Eva and her friends have fled Ternain. With them they have brought captive Isa who is chained and magicked to prevent her from making trouble. Their lives bonded after the Entwining ceremony, each sister’s life is now in the other’s hand. Having fled to the northern part of the Arym Plain, Eva hopes she might find her father’s family and learn more of his plan to unite the country. However, the welcome she receives at her father’s ancestral home puts her at death’s door, and leaves more questions than answers. Without Baccha to guide and train her magick, Eva must find a way not only to survive her own metamorphosis, but to unite all the people of Myre, including her sister, before it is too late. — Cover image and summary via Goodreads