We have five books to start off the second half of the year! They are all out tomorrow–are any of them on your TBR list? 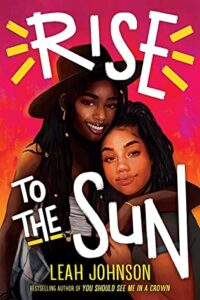 Rise to the Sun by Leah Johnson
Scholastic Press 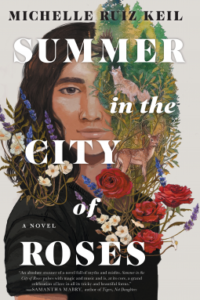 All her life, seventeen-year-old Iph has protected her sensitive younger brother, Orr. But this summer, with their mother gone at an artist residency, their father decides it’s time for fifteen-year-old Orr to toughen up at a wilderness boot camp. When he brings Iph to a work gala in downtown Portland and breaks the news, Orr has already been sent away. Furious at his betrayal, Iph storms off and gets lost in the maze of Old Town. Enter George, a queer Robin Hood who swoops in on a bicycle, bow and arrow at the ready, offering Iph a place to hide out while she figures out how to track down Orr.

Orr, in the meantime, has escaped the camp and fallen in with The Furies, an all-girl punk band, and moves into the coat closet of their ramshackle pink house. In their first summer apart, Iph and Orr must learn to navigate their respective new spaces of music, romance, and sex work activism—and find each other to try to stop a transformation that could fracture their family forever. — Cover image and summary via Goodreads 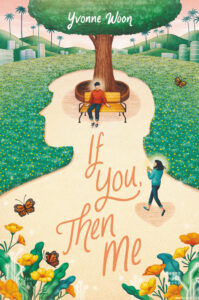 If You, Then Me by Yvonne Woon
Katherine Tegen Books

What would you ask your future self? First question: What does it feel like to kiss someone?

Xia is stuck in a lonely, boring loop. Her only escapes are Wiser, an artificial intelligence app she designed to answer questions like her future self, and a mysterious online crush she knows only as ObjectPermanence.

And then one day Xia enrolls at the Foundry, an app incubator for tech prodigies in Silicon Valley.

Suddenly, anything is possible. Flirting with Mast, a classmate also working on AI, leads to a date. Speaking up generates a vindictive nemesis intent on publicly humiliating her. And running into Mitzy Erst, Foundry alumna and Xia’s idol, could give Xia all the answers.

And then Xia receives a shocking message from ObjectPermanence: He is at the Foundry, too. Xia is torn between Mast and ObjectPermanence—just as Mitzy pushes her towards a shiny new future. Xia doesn’t have to ask Wiser to know: The right choice could transform her into the future self of her dreams, but the wrong one could destroy her. — Cover image and summary via Goodreads 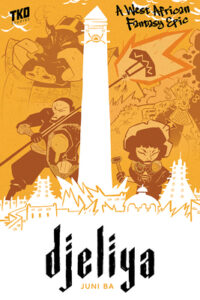 Inspired by West African folklore and stories handed over centuries, this unique graphic novel follows the adventures of Mansou, last prince of a dying kingdom, and Awa, his loyal Djeliya, or ‘royal storyteller’ as they journey to meet the great wizard who destroyed their world and then withdrew into his tower, never to be seen again. On their journey they’ll cross paths with friend and foe, from myth and legend alike, and revisit the traditions, tales, and stories that gave birth to their people and nurture them still. But what dark secret lies at the heart of these stories, and what purpose do their tellers truly serve? — Cover image and summary via Goodreads 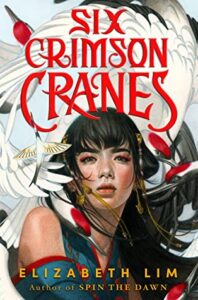 Shiori, the only princess of Kiata, has a secret. Forbidden magic runs through her veins. Normally she conceals it well, but on the morning of her betrothal ceremony, Shiori loses control. At first, her mistake seems like a stroke of luck, forestalling the wedding she never wanted, but it also catches the attention of Raikama, her stepmother.

Raikama has dark magic of her own, and she banishes the young princess, turning her brothers into cranes, and warning Shiori that she must speak of it to no one: for with every word that escapes her lips, one of her brothers will die.

Penniless, voiceless, and alone, Shiori searches for her brothers, and, on her journey, uncovers a conspiracy to overtake the throne—a conspiracy more twisted and deceitful, more cunning and complex, than even Raikama’s betrayal. Only Shiori can set the kingdom to rights, but to do so she must place her trust in the very boy she fought so hard not to marry. And she must embrace the magic she’s been taught all her life to contain—no matter what it costs her. — Cover image and summary via Goodreads