We have a special guest today. Michelle Quach was kind enough to answer a few questions for us about her debut, Not Here to Be Liked. It’s being released today so you can grab it right away.

Summary: Eliza Quan is the perfect candidate for editor in chief of her school paper. That is, until ex-jock Len DiMartile decides on a whim to run against her. Suddenly her vast qualifications mean squat because inexperienced Len—who is tall, handsome, and male—just seems more like a leader.

Crystal: First off, I read Not Here to Be Liked all in one gulp. You had my attention from the first page and I absolutely needed to know what was going to happen next. The plot was intriguing and the romance had me smiling so many times. On a side note–I also seriously considered simplifying my wardrobe.

From the title, it’s fairly obvious that likeability is not Eliza’s priority. How do you think likeability plays out along gender lines?

Michelle: Aw, thank you so much—I’m glad to hear that you enjoyed the book!

I think it’s possible for people of all genders to be unlikeable, but it plays an outsize role in the way a girl’s worth is determined. Being liked isn’t always a requirement for a man’s success, but it is almost always for a woman’s. On top of that, the standards for female likeability are quite fickle. Your appearance factors in disproportionately, as does your ability to make others feel comfortable. Sometimes you can even become unlikeable just for being too popular (think of basically every young female celebrity ever). And the worst part is, these expectations can continue to shape your behavior even after you’re aware of how absurd they are.

Crystal: Are there unlikable female characters in other novels that have caught your attention in the past?

Michelle: Probably my favorite of all time is Harriet from Harriet the Spy. She’s self-absorbed, judgmental, and nosy—but she also learns, which mean there’s hope for all of us. More recently, I also found Ivy from White Ivy by Susie Yang to be terrifically unlikable. I won’t say whether she learns anything, though.

Crystal: What kind of relationship do you have with the term and concept of feminism?

Michelle: I definitely consider myself a feminist, though my relationship with the concept has evolved a lot over the years. In fact, I’d say it’s still evolving! What makes sense to me right now is the idea that feminism needs to be as inclusive as possible, which means it should dismantle not only sexism but also all other forms of structural inequality, including racism and economic inequality. That said, I do also support all kinds of progress, even if it’s incremental.

Crystal: What was the most fun aspect of writing Eliza and Len’s story?

Michelle: Their banter! I love writing dialogue in general, but it’s so fun to throw two well-matched characters together and just let them go at it.

Crystal: Were any of the characters more challenging to write than the others?

Michelle: I would say Winona, because her experience as a Black teen in a majority Asian and White community is most outside my own, and I wanted to do my best to make sure her story felt authentic.

Crystal: Can you tell us a little bit about your journey to publication?

Michelle: I started writing Not Here to Be Liked about four years ago, after almost a decade of not writing anything at all. Before that point, I’d basically given up on my dream of even finishing a draft, let alone getting published. But I gave it another shot as part of a 100 days challenge…and this time I made it to the end! Everything happened really fast after that: I got my agent through PitMad, we went on submission a month later, and then the book sold at auction within a few weeks.

Crystal: If you’re able to share, what’s up next with your writing?

Michelle: I’m currently working on Book 2, another YA contemporary romance, and trying to read and watch as much as possible to get inspiration for Book 3!

Crystal: We wish you the best with the book release and look forward to reading more of you work in the future. Thanks so much! 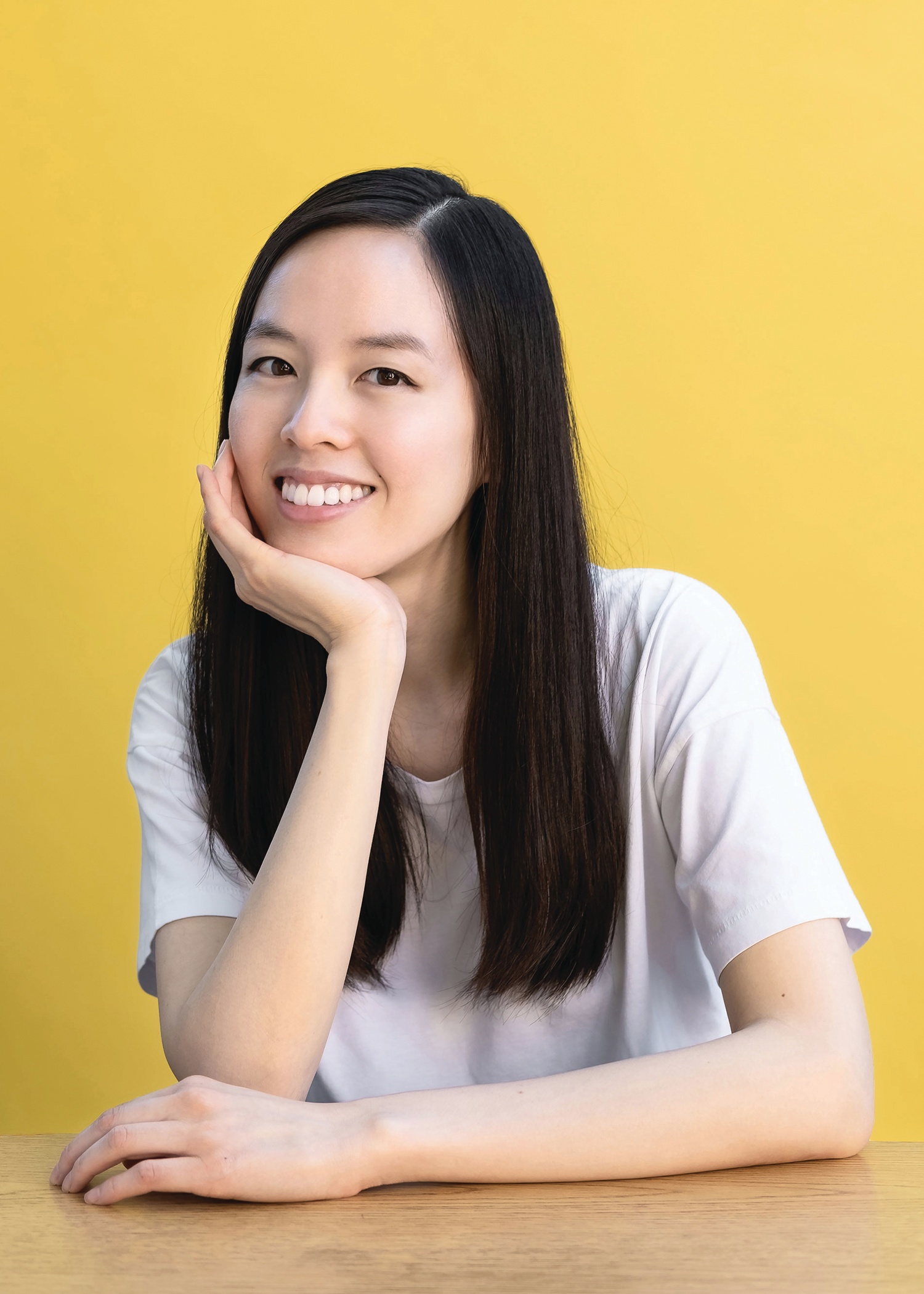 Michelle Quach is a Chinese-Vietnamese-American who also spent a lot of time working for student newspapers–including The Crimson at Harvard College, where she earned a BA in history and literature. Currently a graphic designer at a brand strategy firm in Los Angeles, Not Here to be Liked is her first novel.