The end of 2021 is upon us and another year of wonderful releases. There is still one more month of highly anticipated novels, so which one of these will you be adding to your TBR pile? 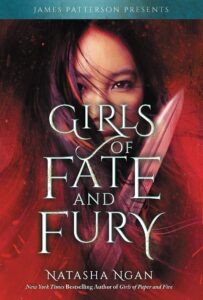 “Don’t struggle, Lei-zhi. It’s time to take you back to the Hidden Palace. You’re going home.”

The final pages of Girls of Storm and Shadow brought a jaw-dropping conclusion that had the fates of Lei and Wren hanging in uncertainty. But one thing was certain – the Hidden Palace was the last place that Lei would ever consider home. The trauma and tragedy she suffered behind those opulent walls would plague her forever. She could not be trapped there with the sadistic king again, especially without Wren.

The last Lei saw of the girl she loved, Wren was fighting an army of soldiers in a furious battle to the death. With the two girls torn apart and each in terrorizing peril, will they find each other again or have their destinies diverged forever?

Girls of Fate and Fury is the epic conclusion to the “glittering” and “adrenaline-soaked” series by Natasha Ngan, hailed as “a stunning, new talent” for her “beautiful, lush, lyrical” writing. 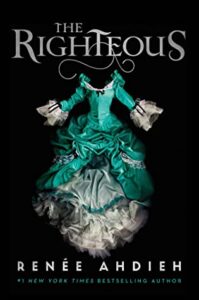 The Righteous (The Beautiful #3) by Renée Ahdieh
Hodder & Stoughton

Pippa Montrose is tired of losing everything she loves. When her best friend Celine disappears under mysterious circumstances, Pippa resolves to find her, even if the journey takes her into the dangerous world of the fae, where she might find more than she bargained for in the charismatic Arjun Desai.

Renée is back with her rich, atmospheric fantasy world that will continue to enthrall readers, new romance and mystery, and lush, pacey writing. 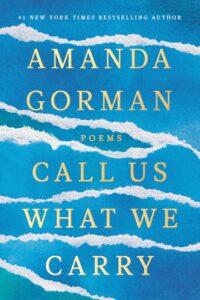 Call Us What We Carry by Amanda Gorman
Viking

Amanda Gorman’s remarkable new collection reveals an energizing and unforgettable voice in American poetry. Call Us What We Carry is Gorman at her finest. Including “The Hill We Climb,” the stirring poem read at the inauguration of the 46th President of the United States, Joe Biden, and bursting with musical language and exploring themes of identity, grief, and memory, this lyric of hope and healing captures an important moment in our country’s consciousness while being utterly timeless. 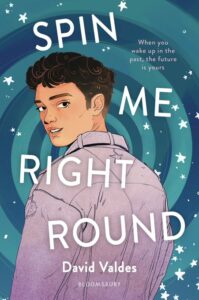 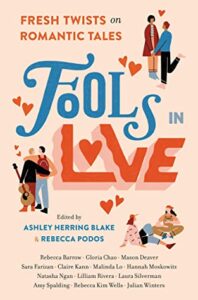 Join fifteen bestselling, award-winning, and up-and-coming authors as they reimagine some of the most popular tropes in the romance genre. 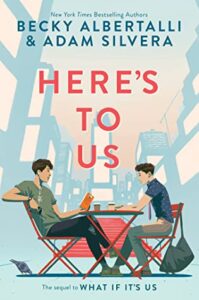 Ben has spent his first year of college working on his fantasy manuscript with his writing partner Mario, who is a great Spanish tutor, and an even better kisser. So why can’t he stop thinking about the fact that Arthur’s back in town two years after they called it quits?

Arthur is in New York for a dream internship on Broadway, with a boyfriend back at home that he couldn’t be happier with. But when he comes upon Ben cuddled up with a mystery boy, he starts to wonder if his feelings for Ben ever truly went away.

Even as the boys try to focus on their futures, they can’t seem to help running into each other in the present. Is the universe forcing them to question if they’re actually meant to be?

Possibly not. After all, things didn’t work the first time around.
Possibly yes. After all, the sparks are still flying.
Sometimes you just have to take a leap of faith and raise a glass.