A bunch of new releases, many that we have been anticipating. Which are you going to add to your TBR list? 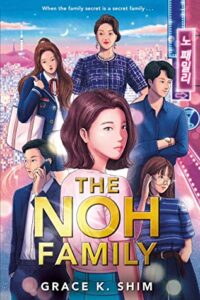 When her friends gift her a 23-and-Me test as a gag, high school senior Chloe Kang doesn’t think much of trying it out. She doesn’t believe anything will come of it–she’s an only child, her mother is an orphan, and her father died in Seoul before she was even born, and before her mother moved to Oklahoma. It’s been just Chloe and her mom her whole life. But the DNA test reveals something Chloe never expected–she’s got a whole extended family from her father’s side half a world away in Korea. Her father’s family are owners of a famous high-end department store, and are among the richest families in Seoul. When they learn she exists, they are excited to meet her. Her mother has huge reservations, she hasn’t had a great relationship with her husband’s family, which is why she’s kept them secret, but she can’t stop Chloe from travelling to Seoul to spend two weeks getting to know the Noh family.

Chloe is whisked into the lap of luxury, but something feels wrong. Chloe wants to shake it off–she’s busy enjoying the delights of Seoul with new friend Miso Dan, the daughter of one of her mother’s grade school friends. And as an aspiring fashion designer, she’s loving the couture clothes her department store owning family gives her access to. But soon Chloe will discover the reason why her mother never told her about her dad’s family, and why the Nohs wanted her in Seoul in the first place. Could joining the Noh family be worse than having no family at all? 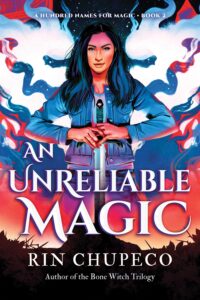 The second book in the A Hundred Names for Magic trilogy, an unforgettable alternative history fairy-tale series from the author of The Bone Witch about found family, modern day magic, and finding the place you belong.

Tala, Alex, and the rest of their friends are safe for now, but know the Snow Queen is still out there. They have to be prepared for when she eventually attacks—and all decide to do so in their own way.

When Ryker comes out of the woodwork, showing himself when he starts attacking American detention facilities and freeing refugees. And the Nameless Sword, a legendary weapon that according to Avalon legend, will make its wielder the most powerful warrior of their time turns up with her name on it, Tala’s life gets messier…But when the Snow Queen arrives with an unlikely ally, the group will have to work together. 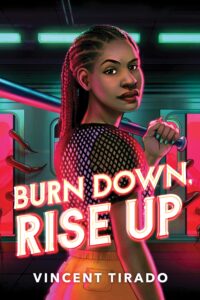 Burn Down, Rise Up by Vincent Tirado

Mysterious disappearances.
An urban legend rumored to be responsible.
And one group of teens determined to save their city at any cost.

For over a year, the Bronx has been plagued by sudden disappearances that no one can explain. Sixteen-year-old Raquel does her best to ignore it. After all, the police only look for the white kids. But when her crush Charlize’s cousin goes missing, Raquel starts to pay attention—especially when her own mom comes down with a mysterious illness that seems linked to the disappearances.

Raquel and Charlize team up to investigate, but they soon discover that everything is tied to a terrifying urban legend called the Echo Game. The game is rumored to trap people in a sinister world underneath the city, and the rules are based on a particularly dark chapter in New York’s past. And if the friends want to save their home and everyone they love, they will have to play the game and destroy the evil at its heart—or die trying. 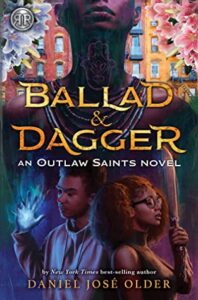 Rick Riordan presents Daniel José Older’s music-and-magic-filled YA urban fantasy about two teens who discover each other and their powers during a political battle within a diaspora community.

While the rest of his tight-knit Brooklyn diaspora community dreams of someday finding a way back home, Mateo–now a high school junior and piano prodigy living with his two aunts (one who’s alive, the other not so much)–is focused on one thing: getting the attention of locally-grown musical legend Gerval. Mateo finally gets his chance on the night of the Grand Fete, an annual party celebrating the blended culture of pirates, Cuban Santeros, and Sephardic Jews that created San Madrigal all those centuries ago.

But the evil that sank their island has finally caught up with them, and on the night of the celebration, Mateo’s life is forever changed when he witnesses a brutal murder by a person he thought he knew.

Suddenly Mateo is thrust into an ancient battle that spans years and oceans. Deadly secrets are unraveled and Mateo awakens a power within himself–a power that not only links him to the killer but could also hold the key to unlocking the dark mystery behind his lost homeland. 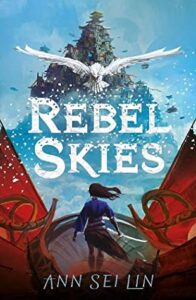 Teen fantasy adventure set in a world of flying ships and sky cities, where chosen ones have the ability to bring paper to life and work as Crafters – people who hunt wild paper spirits called shikigami. Inspired by Asian culture and exploring themes of empire, slavery and freedom.

Kurara has never known any other life than being a servant on board the Midori, but when her party trick of making paper come to life turns out to be a power treasured across the empire, she joins a skyship and its motley crew to become a Crafter. Taught by the gruff but wise Himura, Kurara learns to hunt shikigami – wild paper spirits who are sought after by the Princess.

But are these creatures just powerful slaves for the Crafters and the empire, or are they beings with their own souls – and yet another thing to be subjugated by the powerful Emperor and his Princess?