I just finished watching a drama loosely related to Little Women and it had me thinking about siblings and the complicated ways that we sometimes relate. Being connected to each other in that particular way can have all kinds of effects on us. Here are a few books that explore sibling relationships in interesting ways. 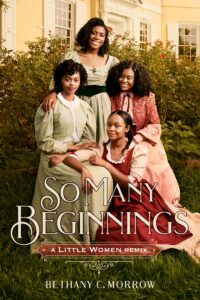 As the four March sisters come into their own as independent young women, they will face first love, health struggles, heartbreak, and new horizons. But they will face it all together. 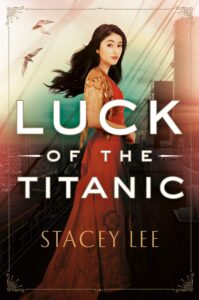 Valora Luck has two things: a ticket for the biggest and most luxurious ocean liner in the world, and a dream of leaving England behind and making a life for herself as a circus performer in New York. Much to her surprise, though, she’s turned away at the gangway; apparently, Chinese people aren’t allowed into America.

But Val has to get on that ship. Her twin brother, Jamie, who has spent two long years at sea, is on board, as is an influential circus owner. Thankfully, there’s not much a trained acrobat like Val can’t overcome when she puts her mind to it.

As a stowaway, Val should keep her head down and stay out of sight. But the clock is ticking and she has just seven days as the ship makes its way across the Atlantic to find Jamie, audition for the circus owner, and convince him to help get them both into America.

Then one night, the unthinkable happens, and suddenly Val’s dreams of a new life are crushed under the weight of the only thing that matters: survival. 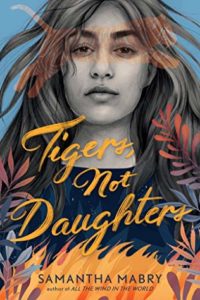 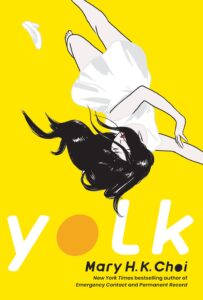 Suddenly, these estranged sisters who have nothing in common are living together. Because sisterly obligations are kind of important when one of you is dying. 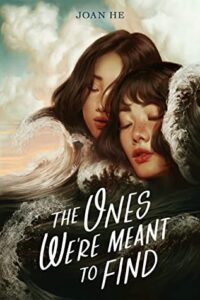 Cee has been trapped on an abandoned island for three years without any recollection of how she arrived, or memories from her life prior. All she knows is that somewhere out there, beyond the horizon, she has a sister named Kay, and it’s up to Cee to cross the ocean and find her.

In a world apart, 16-year-old STEM prodigy Kasey Mizuhara lives in an eco-city built for people who protected the planet―and now need protecting from it. With natural disasters on the rise due to climate change, eco-cities provide clean air, water, and shelter. Their residents, in exchange, must spend at least a third of their time in stasis pods, conducting business virtually whenever possible to reduce their environmental footprint. While Kasey, an introvert and loner, doesn’t mind the lifestyle, her sister Celia hated it. Popular and lovable, Celia much preferred the outside world. But no one could have predicted that Celia would take a boat out to sea, never to return.

Now it’s been three months since Celia’s disappearance, and Kasey has given up hope. Logic says that her sister must be dead. But nevertheless, she decides to retrace Celia’s last steps. Where they’ll lead her, she does not know. Her sister was full of secrets. But Kasey has a secret of her own.