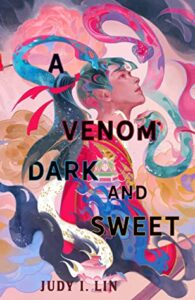 But the golden serpent still haunts Ning’s nightmares with visions of war and bloodshed. An evil far more ancient than the petty conflicts of men has awoken, and all the magic in the land may not be enough to stop it from consuming the world… — Cover image and summary via Goodreads