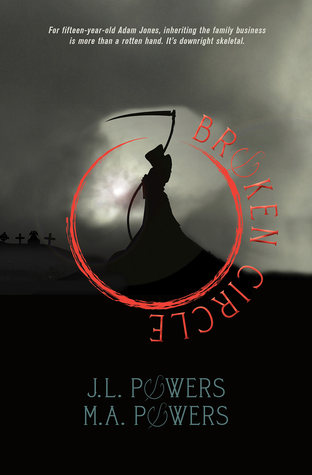 Adam wants nothing more than to be a “normal” teen, but his reality is quickly leaking normal. Afraid to sleep because of the monster that stalks him in his dreams, Adam’s breakdown at school in front of his crush Sarah lands him in the hospital.

Now Adam can only vaguely comprehend some sort of future. His mother died when he was only four and his eccentric father—who might be an assassin, a voodoo god, the reincarnation of the Buddha, or something even stranger—is never available when Adam really needs him.

Adam’s life takes an even stranger turn when a fat man with a gold tooth and a medallion confronts his father regarding Adam’s supposed “true destiny.” Adam is soon headed toward a collision with life, death, and the entities charged with shepherding souls of the newly dead, all competing to control lucrative territories where some nightmares are real and psychopomps of ancient legends walk the streets of North America.