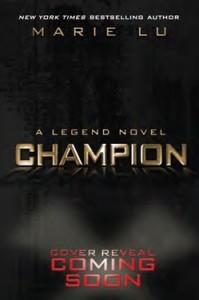 In the explosive finale to Marie Lu’s New York Times bestselling trilogy, both Day and June are back in the good graces of the Republic. June is working within the government’s highest circles as Princeps-Elect while Day has been assigned a high level military position. Just when a peace treaty is imminent, a plague outbreak causes panic in the Colonies. War threatens the Republic’s border cities once again. The new strain of plague is deadlier than ever, and the Republic’s only means of defense could cost Day everything he has.