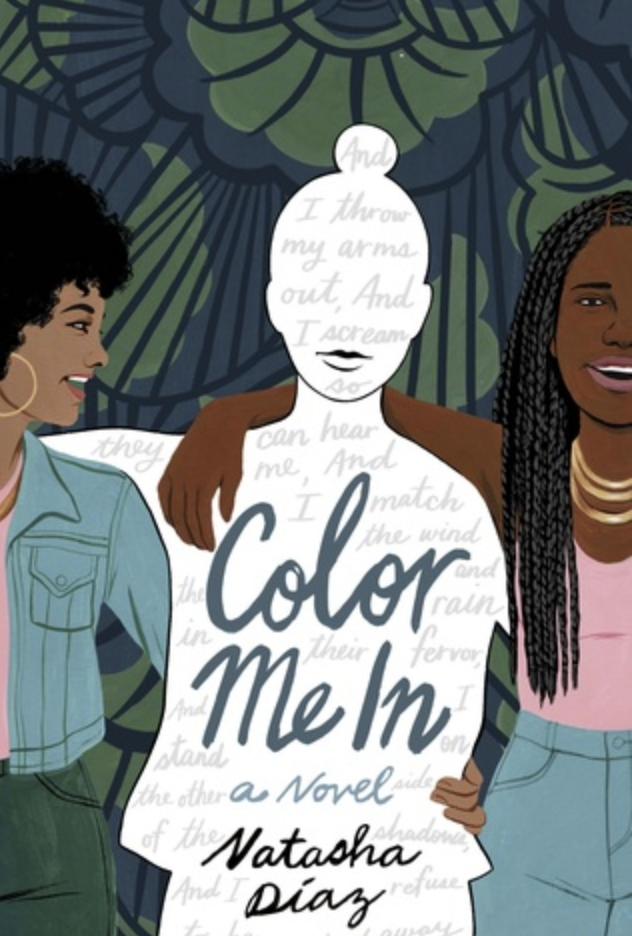 Color Me In by Natasha Diaz
Delacorte

Debut YA author Natasha Díaz pulls from her personal experience to inform this powerful coming-of-age novel about the meaning of friendship, the joyful beginnings of romance, and the racism and religious intolerance that can both strain a family to the breaking point and strengthen its bonds.

Who is Nevaeh Levitz?

Growing up in an affluent suburb of New York City, sixteen-year-old Nevaeh Levitz never thought much about her biracial roots. When her Black mom and Jewish dad split up, she relocates to her mom’s family home in Harlem and is forced to confront her identity for the first time.

Nevaeh wants to get to know her extended family, but one of her cousins can’t stand that Nevaeh, who inadvertently passes as white, is too privileged, pampered, and selfish to relate to the injustices they face on a daily basis as African Americans. In the midst of attempting to blend their families, Nevaeh’s dad decides that she should have a belated bat mitzvah instead of a sweet sixteen, which guarantees social humiliation at her posh private school. Even with the push and pull of her two cultures, Nevaeh does what she’s always done when life gets complicated: she stays silent.

It’s only when Nevaeh stumbles upon a secret from her mom’s past, finds herself falling in love, and sees firsthand the prejudice her family faces that she begins to realize she has a voice. And she has choices. Will she continue to let circumstances dictate her path? Or will she find power in herself and decide once and for all who and where she is meant to be? — Cover image and summary via Goodreads