Crown of Thunder (Beasts Made of Night #2) 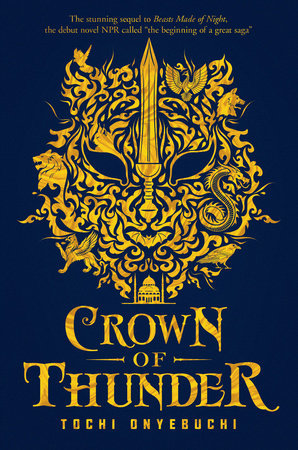 In the sequel to the acclaimed Beasts Made of Night, Taj has escaped Kos, but Queen Karima will go to any means necessary—including using the most deadly magic—to track him down.

As Taj and Aliya explore their feelings for each other and Arzu connects with her homeland, the local westerners begin to question Taj’s true identity. Karima is on his heels, sending dark warnings to the little village where he’s hiding. Taj will have to go back and face her before she sends her mostly deadly weapon—Taj’s former best friend, Bo. — Cover image and summary via Goodreads