Death, Dickinson, and the Demented Life of Frenchie Garcia 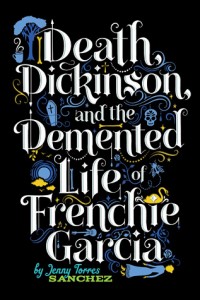 Frenchie’s already insane obsession with death and Emily Dickinson won’t help her understand the role she played during Andy’s “one night of adventure.” But when she meets Colin, she may have found the perfect opportunity to recreate that night. While exploring the emotional depth of loss and transition to adulthood, Sanchez’s sharp humor and clever observations bring forth a richly developed voice. — image and summary from Goodreads