Eclipse the Skies (Ignite the Stars #2) 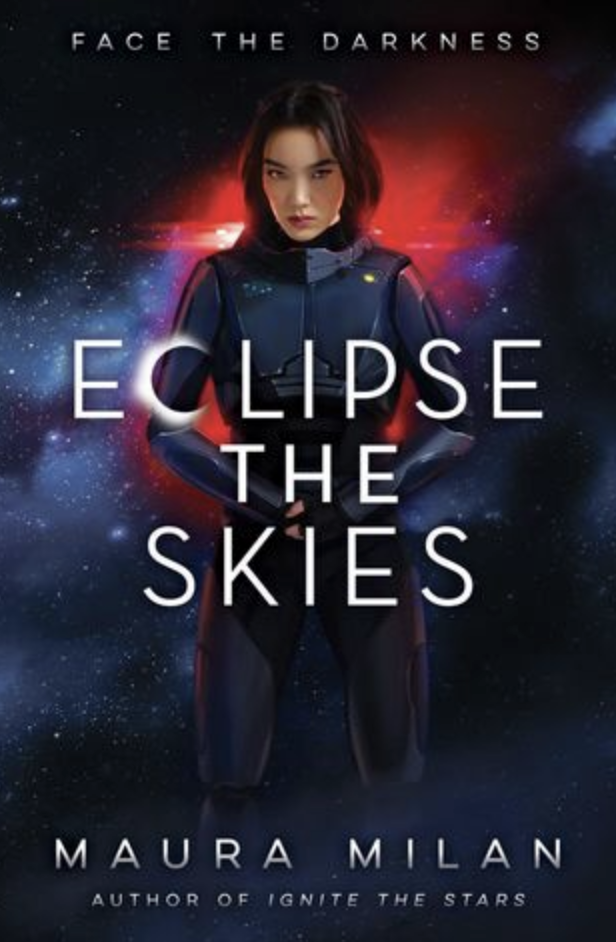 Ia Cōcha never thought she’d be working for the Olympus Commonwealth. But that was before she found out her trusted brother Einn was trying to tear apart the universe. Now, Ia, the Blood Wolf of the Skies, has agreed to help the Royal Star Force on one condition: when she finds him, she gets to kill Einn herself.

Brinn Tarver has just come to terms with her Tawny identity when the public lashes out against her people, crushing her family. At her breaking point, she starts to question everything she believes in—including Ia.

After the death of his mentor, Knives Adams is doing his best to live up to a role he didn’t ask for as Aphelion’s new headmaster. Still, with each new step deeper into war, he feels torn between his duties and the pull of Ia’s radical—sometimes criminal—ideas.

As they fight to keep darkness from eclipsing the skies, their unpredictable choices launch this breathtaking sequel to explosive new heights. — Cover image and summary via Goodreads